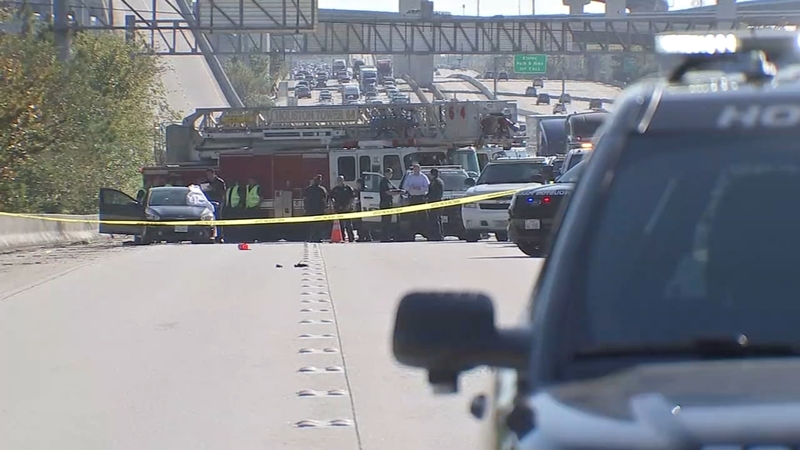 HOUSTON, Texas (KTRK) -- One person is dead after he was found shot on the Eastex Freeway Sunday afternoon.

It happened along the northbound lanes between Greens Rd. and Rankin around 2 p.m.

A car and a motorcycle were involved in some type of incident where one person was shot to death, authorities said.

The victim appeared to have a gunshot wound to the head in what's believed to be a road rage incident, authorities said.

BREAKING: Deadly shooting in North Houston on 59/Rankin may have been an act of road rage. I’m told one driver was killed. Working to gather more info for a live report at 5:30 #Abc13 pic.twitter.com/h7FwYUJ7IZ

According to homicide detectives, there were several bullet holes in the driver's car.

Northbound traffic along the freeway had to be diverted during the investigation, which impacted some lanes of Beltway 8 for the afternoon.