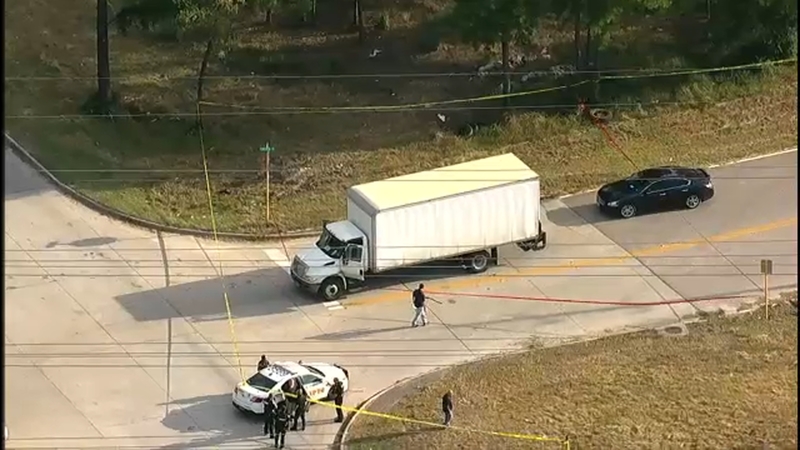 HOUSTON, Texas (KTRK) -- One man was shot in the face after he tried to confront the driver of a box truck in an apparent road rage incident, authorities said.

It began with some type of incident in the area of Beltway 8 and Highway 249 some time before 3 p.m. It ended in the 11400 block of Cutten Road near the intersection of High Life Drive.

The shooter opened fire when a sedan driver ran up to his truck, according to the Harris County Sheriff's Office. The shooter has a concealed handgun license, authorities said.

Video from SkyEye13 showed at least three vehicles were parked and crime scene tape was placed around the area.