Driver opened fire at vehicle with teens inside after one of them pulls gun, Harris Co. sheriff says 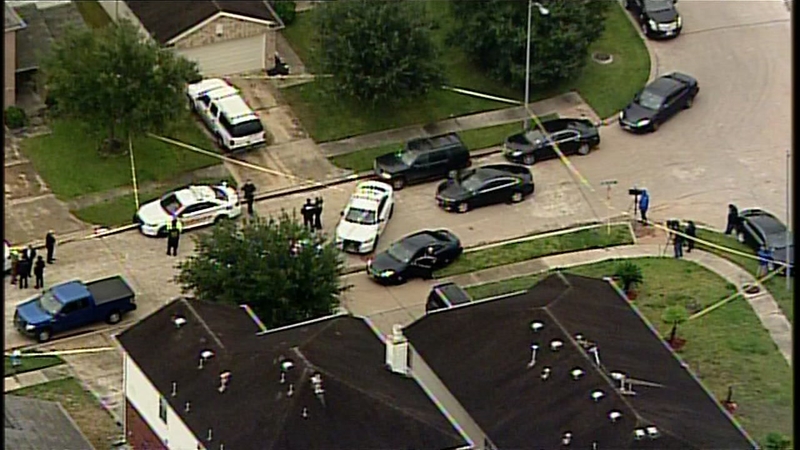 HOUSTON, Texas (KTRK) -- A driver opened fire at a vehicle with three teenagers inside, killing one of them, after one of the teens pulled out a weapon during a road rage incident in southwest Harris County, authorities said Friday.

The Harris County Sheriff's Office said the 39-year-old suspected shooter was taken into custody after the incident that also wounded another teen.

The sheriff's office responded to reports of a possible road rage shooting in the 13000 block of Dawn Hallow Lane around 1:30 p.m. Deputies initially reported an 18-year-old was dead and a 17-year-old was injured.

Harris County Sheriff Ed Gonzalez said the teens were in a vehicle that was driven by a 15-year-old girl. About an hour earlier, the teens were in some sort of confrontation with another driver in an Audi SUV at a gas station near Beckford and Lima. The 18-year-old had been shouting at the driver before pulling a gun.

The sheriff said the Audi driver felt threatened and he pulled his own weapon, firing at the teens' vehicle, which then drove away to a nearby neighborhood.

Both parties contacted 911. No one in the Audi, which included the driver's mother, was injured. The teen driver of the targeted SUV was also unharmed.

Gonzalez said the suspected shooter has a concealed handgun license.

An investigation continues into the deadly incident.

Update 1 from Dawn Hollow Scene: at 1223 pm a road rage incident occurred on Beckford/Lima. 3 occupants in one car & 2 in an SUV. The front passenger of the car pointed a pistol at driver of SUV. #HouNews

Update 2 from Dawn Hollow Scene: the driver of the SUV, a concealed-handgun license (CHL) holder, retrieved his pistol & fired shots, striking both the armed passenger & second male. One, 18 yr old is deceased & other, 17 yr old, is in hospital expected to survive. #HouNews