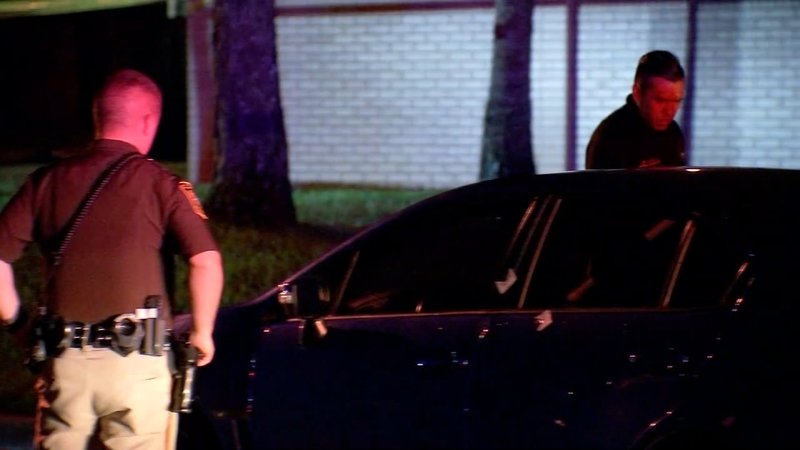 FORT BEND COUNTY, Texas (KTRK) -- A young man who was shot in the shoulder while driving Wednesday night told investigators he was targeted in a case of road rage.

The 21-year-old victim had turned into the front of the Summer Point subdivision in Cinco Ranch, got out of his car and collapsed on the ground.

Someone driving by saw him lying there and called for help.

His small sedan had two bullet holes on the driver's side. He was shot in the left shoulder and told investigators it stemmed from road rage.

"It appears that our victim was involved in a road rage-type incident, traveling south on Mason, him and another vehicle were cutting each other off," explained Lt. Ryan Skelton with the Fort Bend County Sheriff's Office.

"This is all preliminary. This is what he's saying so far and our suspect got behind the victim and fired a couple rounds into his car. We have two rounds that struck the car, as far as we know of, and one of those rounds hit our victim."

Investigators have not found anyone who saw the shooting. They're looking for cameras in the area that might have captured the suspect's car. It's described as an older model, possibly a 2006 or 2007 cream Toyota Camry.

Anyone with information is urged to contact the Fort Bend County Sheriff's Office at 281-341-4665.