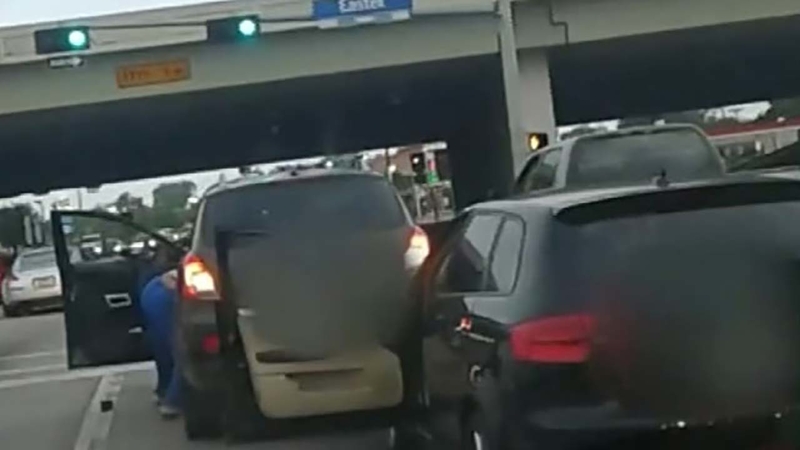 HOUSTON, Texas (KTRK) -- It was a road rage unlike any other. A fight between two female drivers broke out on Little York near the Eastex Freeway earlier this week.

In a video recorded by Sergio Macias, you can see the women brawl on the freeway.

He told ABC13 that the driver of the Audi rear-ended the other driver.

"She went straight for her and started throwing blows," Macias said.

But that's when the incident took an entirely different turn.

"All of a sudden I see someone running fast," Macias said.

A man can be seen running towards the Audi, jumping in the driver seat and driving off.

HPD confirmed to ABC13 that they were not the responding agency to the theft. The call could have gone to the Harris County Sheriff's Office.

A response from HCSO was not returned at the time of this publication.