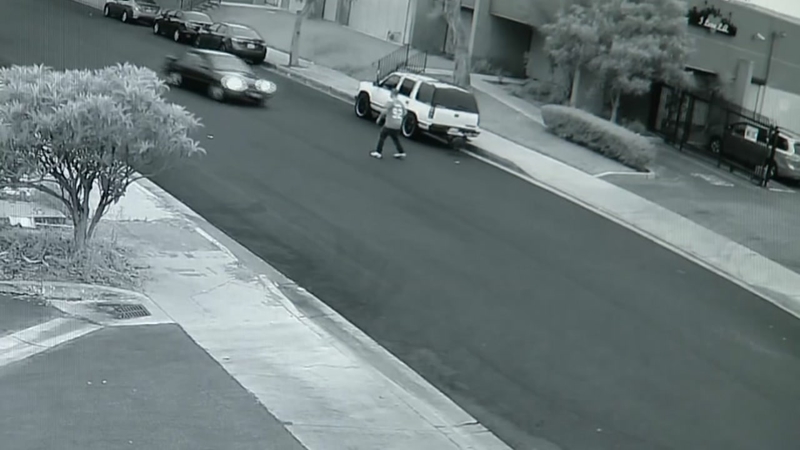 GARDENA, California -- A newly-released video shows a driver in California mowing down a pedestrian and then taking off.

Joshua Byrd says a man in a parked car threw trash out in front of Byrd's place of employment.

So Byrd says he went over to ask the man to pick up his trash. He says the man got upset and then threw a jar full of urine at him.

Byrd says he chased after the driver to try to get a picture of the car, and that's when he was mowed down. It was all caught on surveillance video.

"I remember back to a YouTube video I watched probably about a couple of months ago about stunt men and how they get hit by cars and stuff like that," he said. "So all I remember was tuck my body and aim for the windshield and pray for the best."

Byrd blacked out briefly. He suffered a broken wrist and some cuts and bruises.