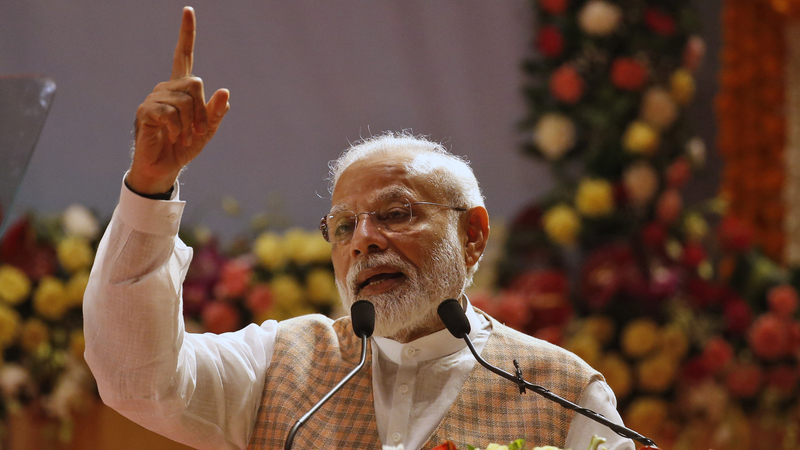 HOUSTON, Texas -- With President Trump set to join the prime minister of India at NRG Stadium on Sunday, expect full street closures in and around the area, according to Houston Police.

Here is a map of area road closures and demonstration locations. A reminder to demonstrators and attendees no one will be allowed access to the closed areas until 6 a.m. on Sunday. #hounews 2/3 pic.twitter.com/buLioQtkxe

If you're not going to the 'Howdy, Modi' event and you don't live or work nearby, you're advised to avoid the area.

Those that are planning to attend won't be allowed into closed-off areas until after 6 a.m. Sunday, according to police.

President Donald Trump is scheduled to arrive at Ellington Field Sunday morning and travel by motorcade to NRG.

With any presidential motorcade, that means there will likely be rolling closures and congestion on Sunday along the motorcade route, which won't be known in advance.

The 'Howdy, Modi' event is expected to conclude around midday Sunday.