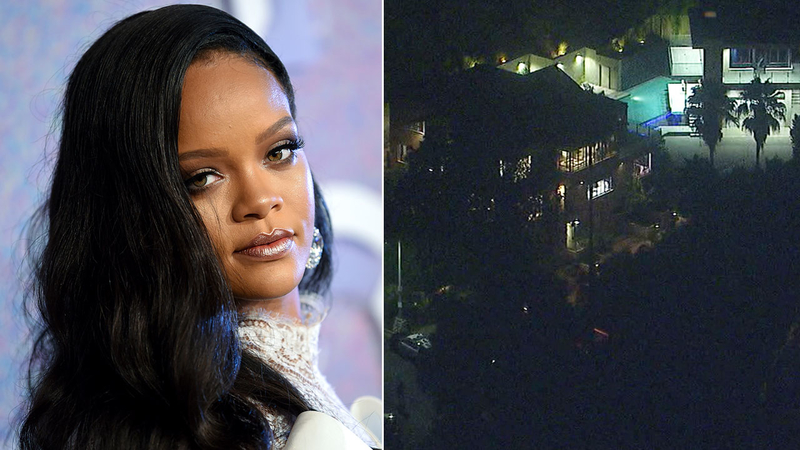 Authorities received the burglary call about the home in the 7800 block of Hillside Avenue at about 9:30 p.m. No other details were immediately released.

It appeared an alarm was sounding and lights were flashing as officers checked the home.

The house is the same location that belonged to Rihanna when it was burglarized back in May. A stalker was arrested after he allegedly broke in and spent about 12 hours inside the house before he was discovered the next day by Rihanna's assistant.