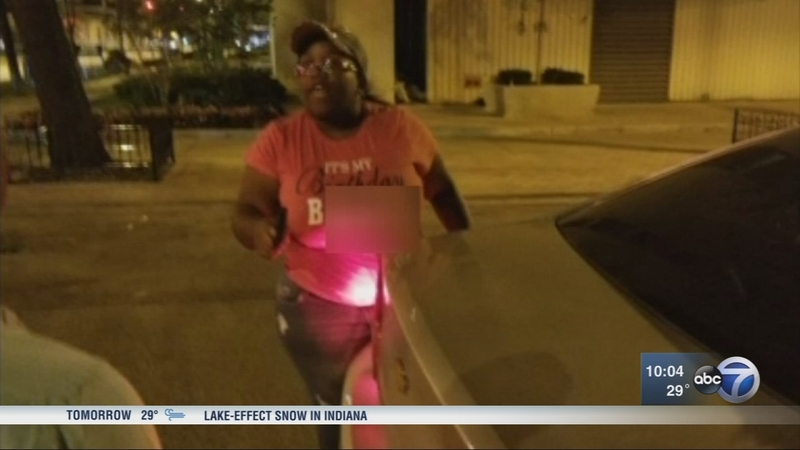 CHICAGO, Illinois -- Two Lyft passengers are suing the ridesharing company, claiming a driver pointed a gun at them and threatened them with a gay slur.

The two say the attack happened in September in the city's Lakeview neighborhood. Their lawsuit alleges Lyft failed to protect passengers.

One of the two plaintiffs, Charlie Calvin, spoke to ABC7 Eyewitness News with his attorney Wednesday afternoon.

Calvin was able to snap a photo of the driver at the time. The photo appears to show the driver with a gun in her hand, wearing an "It's my birthday" t-shirt.

Rance was arrested and charged with two counts of aggravated assault with a deadly weapon and one count of unlawful use of a weapon. All charges are misdemeanors. She was released on bond.

Calvin's lawyer, who filed the lawsuit Wednesday, said Rance picked Calvin and his friend up from a Sidetrack bar in Boystown around 2 a.m. on Sept. 1, then made a wrong turn. When the two men pointed out her mistake, Rance allegedly pulled a 9mm handgun out of a center console and ordered them out of the vehicle.

"They thought the event was over at that moment. It was not. The Lyft driver got out of the car, chased them, pointed the gun at them again, and said 'I'll blast you' and then used a homophobic slur," said Bryant Greening, the plaintiffs' attorney.

"I was kind of startled at first. I didn't really know what to think, and then I realized that there was a gun in my face," Calvin said.

Lyft released a statement, saying, "These allegations are disturbing. The behavior being described violates multiple Lyft policies, including our non-discrimination and no weapons policies. As soon as this incident was reported to us, we deactivated the driver and reached out to the passenger to offer our assistance."

But the lawsuit alleges those policies mean little.

ABC7 Eyewitness News left messages for that driver, who's free on bond, but did not hear back. Lyft says she's no longer driving for the company.