No answers for taxpayers after HISD settlement with former auditor 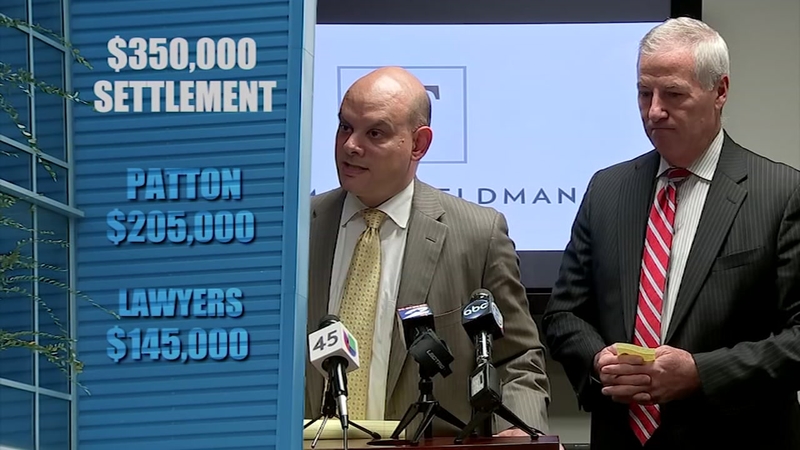 No answers for taxpayers after HISD settles with ex-auditor

HOUSTON, Texas (KTRK) -- Richard Patton was HISD's chief auditor: the guy who was supposed to look for wrongdoing inside Texas' largest school district. He took his job seriously and when he was shown the door, he apologized.

"I am sorry to the taxpayers I am not able to stand up for you and protect your money," Patton said on Sept. 2, 2016.

Patton was suspended as auditor on March 10, 2016, a few months after he reported potential criminal violations to HISD police and just three days after district documents reveal Patton informed the district he'd been talking to the FBI about HISD issues.

In an interview with ABC13, then-board president Manuel Rodriguez said the suspension had nothing to do with his discussion with the FBI.

He died a year after that interview.

The school district has repeatedly refused to release even a page of the $17,000 investigation into Patton.

Patton was suspended during that costly internal district investigation. In court documents, two board trustees admitted the investigation revealed nothing against Patton worthy of discipline. When it was concluded, he was brought back to work for a very short time before being told his contract was not being renewed.

Court documents in a whistleblower suit Patton filed against HISD alleging retaliation shed some light on the matter.

In Patton's deposition in the case, he said under oath that at the time of his suspension he had recently raised concerns about large contracts that had been split into smaller chunks to get around board approval limits. Breaking them up like that would also avoid public scrutiny.

It's unclear if that is what he spoke to the FBI about as well.

Neither HISD police nor the FBI has brought any HISD-related charges and district leaders have denied wrongdoing.

This month, HISD will pay $350,000 of your tax dollars to settle Patton's civil lawsuit. The ex-watchdog gets $205,000. His attorneys get $145,000. The board members get a promise from Patton not to say anything that could "disparage" the district, even agreeing to a boilerplate statement.

Taxpayers get no answers at all.

The settlement ends the lawsuit with neither admitting any wrongdoing.