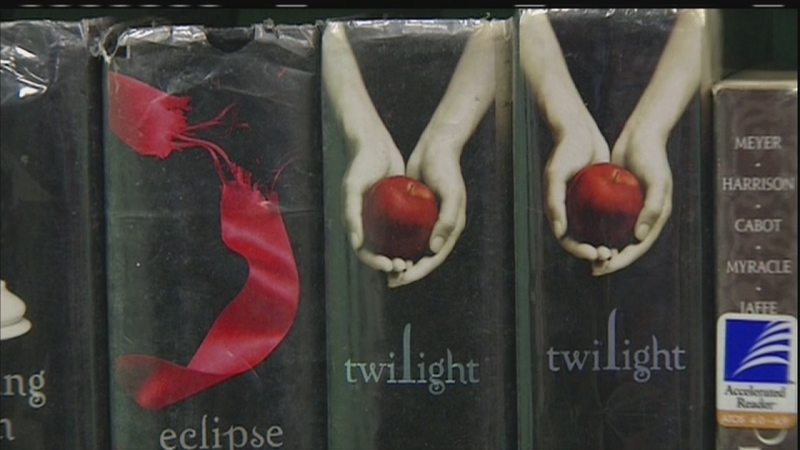 CLEVELAND, TX (KTRK) -- A Cleveland pastor wants what he calls "demonic" books pulled from the shelves of the public library.

Pastor Phillip Missick of King of Saints Tabernacle, a Messianic church, filed a complaint with Austin Memorial Library, Cleveland's public library, asking that many fiction books on vampires, demons and the supernatural be purged. He says he was stunned to find the young adult section full of books like "Blood Promise," "Twilight," and the "Vampire Knight" series.

"This is dark. There's a sexual element. You have creatures that aren't human. I think it's dangerous for our kids," said Missick.

Cleveland City Manager Kelly McDonald declined an interview but we have Library Director, Mary Cohn's response to Missick's complaint, as well as to a petition he had signed by a handful of local pastors. She noted only five percent of all the 1,500 titles in the teen section deal with occult, vampires and the supernatural, and then spoke to the mission of a public library saying materials should not be chosen or removed because of partisan or doctrinal disapproval.

McDonald says they are taking Missick's complaint seriously and preparing a report for city council to review. Missick believes teens should have parental approval to check out such books. Library policy requires parental consent for minors to get a library card.

"I understand they have the right to these books, but I also have a right to complain about them," said Missick.
Related topics:
religion & spiritualityparentingeducationbookslibraries
Copyright © 2021 KTRK-TV. All Rights Reserved.
More Videos
From CNN Newsource affiliates
TOP STORIES