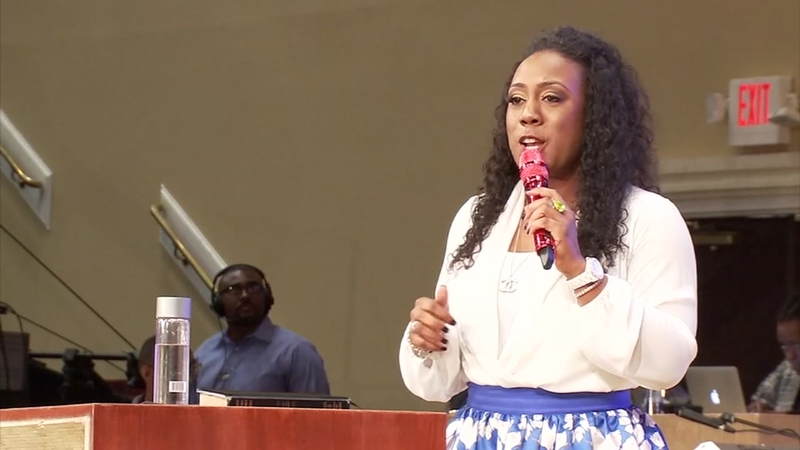 She's been preaching and teaching for nearly 20 years, but now she's doing it on the biggest platform of her career.

"It has been a journey that has been amazing. I've been preparing for it for years, but to finally be here is exciting," she said.

Before the title, she was on staff as the chief operations officer. She has also been the youth pastor, in charge of New Light's west campus and hosted numerous conferences.

She's educated, she's stylish, and according to her father, she's ready.

"He really wanted a boy and I was supposed to be a boy. He always thought, you know, I don't have a boy, so I don't have someone to pass the church to, but in that moment, God spoke to him and told him he got it right, and that I was always meant to be his successor and take over the ministry and I was his promised seed," she said.

Dr. Hilliard has many goals as she carries the torch, including showing the world her heart and joining generations together.

Despite her intent and soon-to-be-impact, the truth is that ministry is still a male-dominated field.

"I've seen the pushback. I've heard the pushback, but I don't pay attention to it," Hilliard said.

As for the size and the vastness of New Light, we talked about that too.

"This sanctuary seats, I think, like 4,500 to 5,000. Something like that. Lots of members. This is one of our campuses. We have one in south Houston and one in Beaumont as well," she said.

Hilliard has watched the church grow since she was a child -- from 23 to now 20,000-plus members.

Hilliard encourages every woman to recognize their God-given calling and do the same.

He's called "America's Pastor", and when more than seven-million Americans tune in or show up to hear Joel Osteen's message each week, you can see why