Man saved girlfriend by pushing her from plane 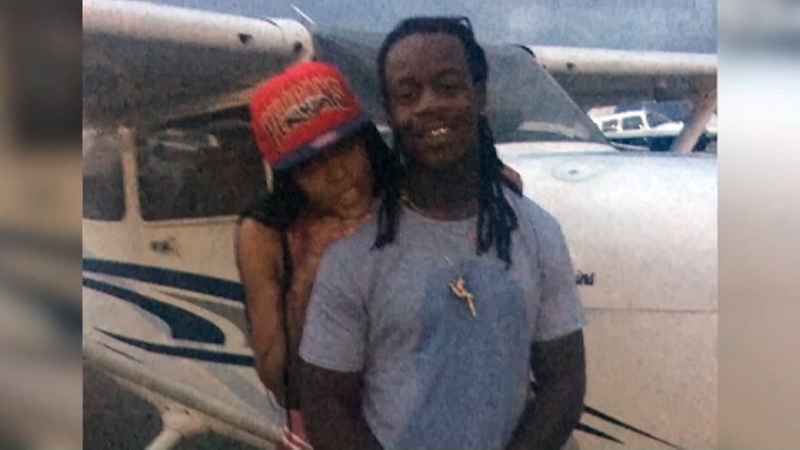 NEW ORLEANS, LA (KTRK) -- Relatives of a man who was killed in a plane crash last weekend on the lakefront are calling him a hero for what he did moments before his death.

Crews returned to Lake Pontchartrain Tuesday to retrieve the wreckage of a small aircraft that crashed into the waters north of the New Orleans Lakefront Airport.

The crash was reported just before 9 p.m. Saturday when New Orleans police said a Cessna aircraft went down in the lake with people still on board.

One of the passengers, Brianna Davis, was the surviving passenger. She was picked up by a private yacht and taken to a hospital.

Several authorities began a search for the two men who were also on board. The bodies were removed from the aircraft when it was cut open Tuesday.

Family members identified the other passenger as Reginald Hillard Jr., who they said is a hero for pushing his girlfriend, Davis, out of the plane before it crashed.

"He's the hero. He was a hero living. You know, he died that way," said Yolanda White, Hillard's cousin. "This was his first plane flight ever. First time he flew on a plane. And it was a surprise from his girlfriend Brianna."

The couple posed for pictures on the plane before the unfortunate crash. Davis told Hillard's family that he pushed her out of the plane and that's what saved her.

Hillard was a Baton Rouge rapper, a tattoo artist and a father of three. He was afraid to fly, but didn't want to pass up the experience to see New Orleans from the sky, his family told WDSU reporter Jennifer Crockett.

"She surprised him and he took the challenge," White said.

Davis is the sole survivor of the crash. Officials said the pilot, who was not identified, was experienced but didn't call for help. His body was found buckled into his seat.

The airport director, Ben Morris, said that the plane hit a rainstorm around the time of the crash. Police said crashes have happened in the same spot before.

"They gave us the signal that there were two bodies in there, so we knew it was his and the pilot's," White said.

Hillard's family said their faith is helping them find peace.

"He loved his life and he lived it to the fullest. And this is God's will," said Anthony Coleman, Hillard's cousin. "There isn't (anything) we can do about it, but accept it."