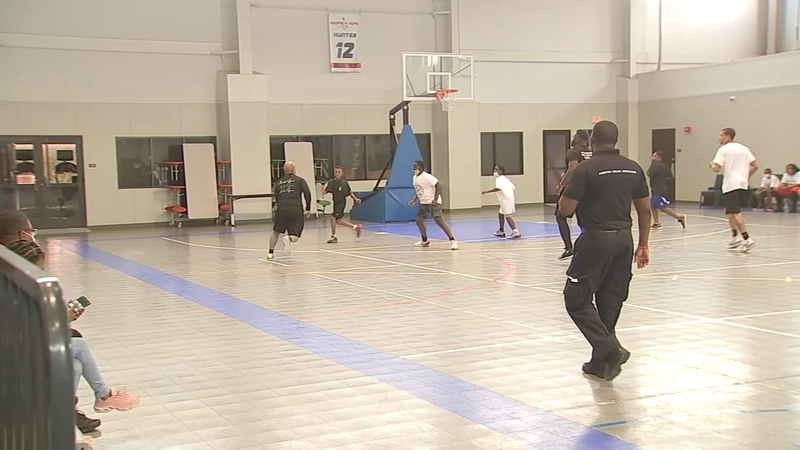 HOUSTON, Texas (KTRK) -- Basketball was much more than a game for opposing groups Saturday.

Police officers, first responders and city leaders made up one group. The other was made up of young people from areas that are considered crime 'hot spots.'

Together though, they played the game and long after the final buzzer sounds, organizers hope it will be the start of a lasting positive impact.

"We need to break down barriers to solve criminal issues in our city and build relationships," Houston City Council member and event organizer Dwight Boykins said.

Boykins was able to pull together representatives from several agencies and local churches in those hot spot areas, such as Cuney Homes, South Lawn and Haverstock Hills Apartments to use their gymnasiums, including the Good Hope Missionary Baptist Church on MacGregor Way.

"It's just a way we're building relationships out here," Finner said. "You can always use sports as a vehicle to pull kids in and build relationships."

RELATED: New HPD chief says he's always thinking about what he can do better

Family members of some of the youth who participated said they see the potential in events like this one.

"This is a positive thing for the kids, and if all they see is negative, they'll turn out negative," grandmother Linda Ross said. "But with this and the extra effort, I feel like this definitely a plus"