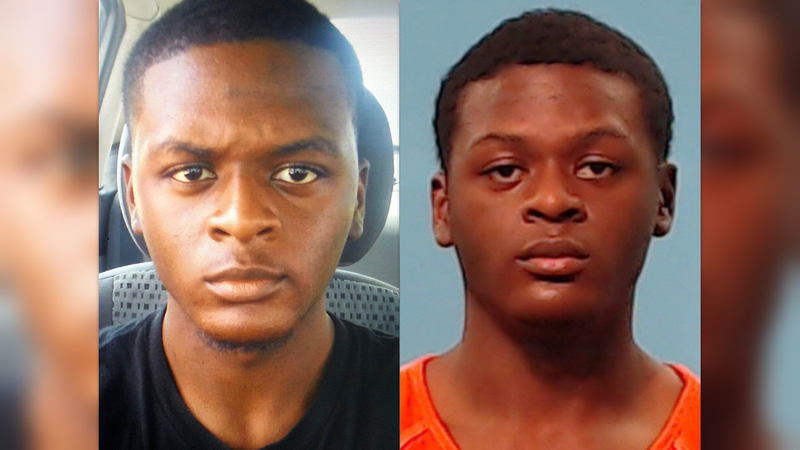 WALLER, Texas (KTRK) -- Authorities are looking for potential victims of a registered sex offender accused of recording himself exposing his genitals to unsuspecting children.

"Considering he's already a sex offender and he is continuing the same behavior, it's exceptionally disturbing as an officer and as a person," said Det. Sgt. Nanci Anderson, of Waller Police Department.

Registered sex offender Andre Azosa Hagerman, 23, is currently in jail for failing to notify a school that he was on property. In fact, he was arrested in November after exposing himself to a 14-year-old girl at Waller Junior High School.

"We need to be able to ensure that he is not free anytime soon," Anderson said.

Anderson's mission is to keep Hagerman behind bars. She told Eyewitness News she discovered Hagerman had countless videos of himself exposing his genitals to young children. In some cases, he went as far as physical contact.

"There are going to be a number of victims that weren't aware they were victims," according to Anderson.

She's now putting out a call to all parents: pay close attention. There's a possibility Hagerman may have recorded your child while exposing himself.

"He targeted the toy departments in Walmart," Anderson said.

The general locations his cell phone data shows include Walmart locations in Cypress, Richmond, Spring and northwest Houston. He may have also done it at area fast food restaurants.

"He was very cautious of his surroundings. He was aware of who was watching and who wasn't," Anderson said.

The Waller Police Department also released a picture of his vehicle, a four-door Honda sedan. The department believes he was driving around in this car possibly looking for young children.

"What we saw in the videos was catastrophic to an alarming nature," said Waller police Chief Michael William.