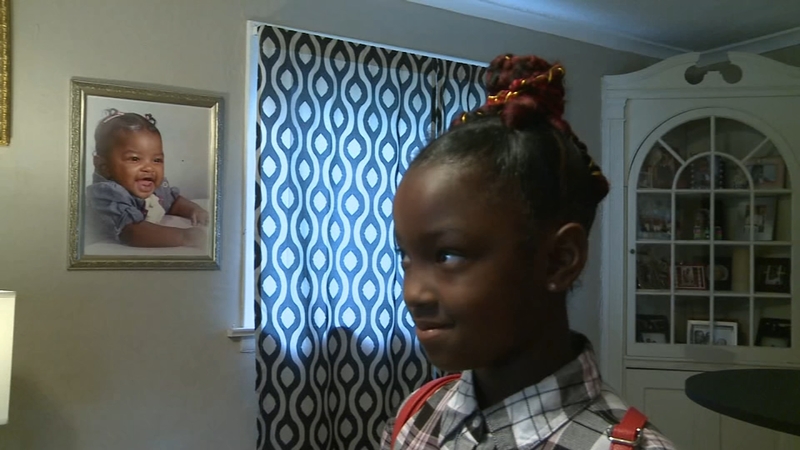 LANSING, Michigan -- A young girl in Michigan was not allowed to get her school picture taken because of her hairstyle and her family says a lack of communication led to the confusion.

Marian Scott's baby picture proudly hangs on her parent's wall for all to see. But her 3rd grade picture is missing. She was denied a school photo last week because of the red in her hair.

"Her hair is done in a bun, it's braided into a bun. This is uncalled for to pull them to the side. They didn't even call us. Marian didn't leave the house, go down the street and get this done on her own, no. She's 8 years old, we did this ourselves in our own home and there's no way I felt like this would happen," he said.

The Paragon Charter Academy handbook says that students' hair color must be natural tones to get their picture taken.

But what it doesn't state is the course of action if a student shows up with colored hair, leaving Doug confused and frustrated when Marian was told she couldn't get her picture taken, but could return to class.

"If they would have reached out to us and say 'Come get her, she's got a hair issue. We need you to change it, that's not allowed. I can show you in the handbook' - they didn't even go to that extent. They let her stay in school, so if she's not a disruption to the class then why is she a disruption to the picture?" said Doug.

The school did send out a recorded message Sunday before photos were taken, which went over the dress code policy - a message Doug says he never heard or saw.

"Had I seen the email, I probably would have told Latoia don't even do it, even if it's school colors. I think its good that this happened because now people are going to get the opportunity to take a look at what's really going on," said Doug.