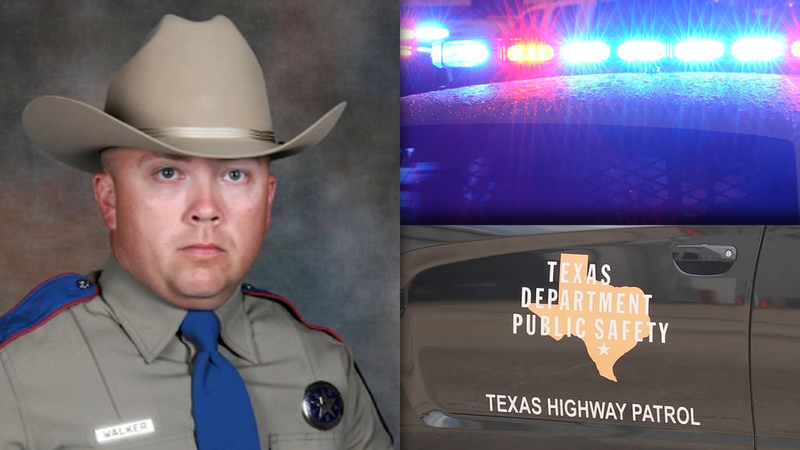 Emergency vehicles across Texas lit up Thursday afternoon in honor of a fallen state trooper who died this week, days after being shot in the line of duty in central Texas.

"To honor Trooper Walker and all officers across the Lone Star State, I am asking law enforcement to turn on their red and blue flashing lights for one minute tomorrow afternoon at one o'clock, and I urge my fellow Texans to stand with our police and support them as they work tirelessly to keep our communities safe," Gov. Greg Abbott said in a statement.

The Houston Police Department posted a video on Twitter showing their support.

Walker remained in critical condition for days and was kept on life support due to his status as an organ donor, according to DPS officials.

"Our DPS family is absolutely heartbroken at the loss of one of our brothers in uniform who was killed in the line of duty," DPS Director Steven McCraw said this week. "Texas Highway Patrol Trooper Chad Walker was committed to protecting the people of Texas. His sacrifice will never be forgotten, and we ask that you keep his family, friends and colleagues in your prayers during the difficult days ahead."

Walker's family and friends created a GoFundMe to help with expenses.

Chad Walker was from Groesbeck and joined the Texas Department of Public Safety in 2015. He is survived by his wife, a 15-year-old son, twin 7-year-old daughters and a 2-month-old daughter, according to the Texas DPS Officers Association.
The suspect in the shooting died by suicide on Saturday evening, Limestone County Judge Richard Duncan told KXXV-TV.

The loss of Walker was the second for Texas DPS in a week. On Monday, Corporal Mike Schulze died Monday after a battle with pancreatic cancer. Schulze served the state for more than 27 years and retired days before his passing. He posted a message of hope for his friends and colleagues in February.

"I feel like I'm the luckiest person alive to have friends and family such as you," Schulze wrote. "I definitely couldn't do it without ALL of you, every single one."