Realtor chases shoplifting suspect through mall before tackling him 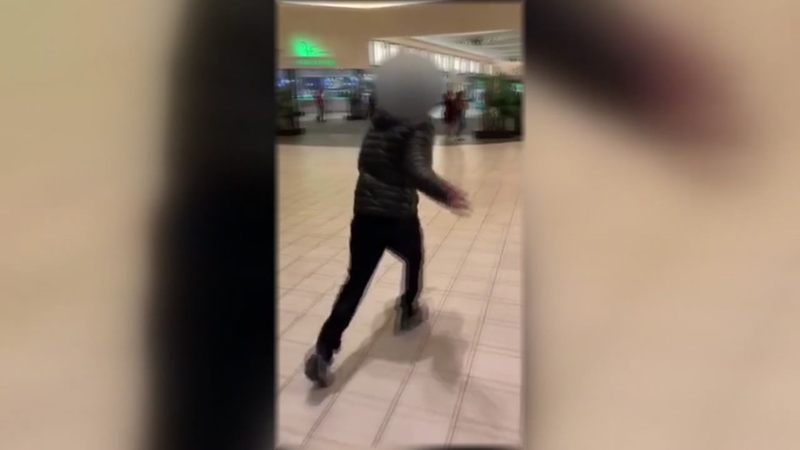 HOUSTON, Texas (KTRK) -- A Houston real estate agent tackled a suspected shoplifter at Memorial City Mall, and it was all caught on his cell phone.

Thursday night, Omar Mejia was shopping with his wife when he saw a man running with a bag of items and a woman chasing after him.

The man ditched the bag in the parking lot of the Memorial City Dillard's store, then walked back into the mall, trying to blend in.

Mejia took action, walking up to the man with his cell phone camera and started talking.

The man took off running and Mejia gave chase.

"Hey, come here," he yelled, before grabbing the suspect and pinning him against a wall.

"Call security, he just robbed somebody," Mejia is heard on the video.

Turns out, the man is suspected of stealing $4,000 worth of merchandise from Dillards. The store was able to recover the bag, and turned over a list of the items to Houston police.

The investigation is continuing, and the man is expected to face charges.

However, because charges have not yet been filed, police would not release the name of the suspect and Eyewitness News is not showing his face.

Mejia said he didn't give a second thought to tackling the suspect. He just wants to see charges filed.

"I know I've been robbed before, and it's a terrible feeling. You work hard for what you get and you don't want someone to take it from you. I really didn't think about it, just reacted."