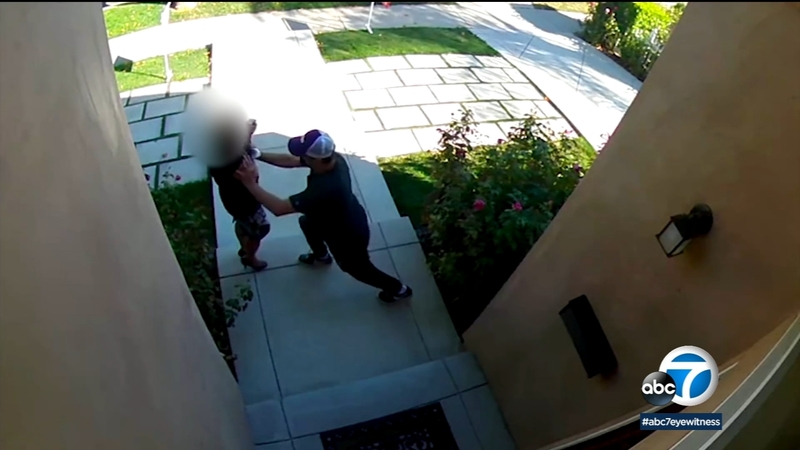 VIDEO: Realtor attacked by man at open house in Encino

LOS ANGELES, California -- Police are attempting to find a man who assaulted a realtor during an open house in Encino Sunday afternoon.

Surveillance video shows when the man pushes the realtor and then stands over her as she screams. The suspect then takes off.

The woman remembered seeing the man a week before at another open house.

When she stepped out onto the home's front porch, the man continued to ask her to take him back inside.

Several times during the confrontation, the man looked at a home security camera, which captured images of him, including his face.

The woman said the man appeared to become frustrated by her refusal to take him inside, and moments after shaking her hand, the man suddenly lurched forward and shoved the woman to the ground as she screamed.

The woman fell, hurting her back and suffering severe abrasions.

The man quickly ran away after the attack.