KTRK
By Eileen Frere
NEWPORT BEACH, Calif. -- A California couple once accused of drugging and sexually assaulting multiple women said a weight has been lifted, knowing the charges will be dismissed.

Surgeon Grant Robicheaux, 39, and his girlfriend Cerissa Riley, 32, are speaking out for the first time in a sit-down interview with ABC's Good Morning America airing Friday morning.

"You can get your life back," said Robicheaux. "You're a dead person walking and now a breath of life is breathed back into you."

The two have been living under a cloud of suspicion since 2018, when then-Orange County District Attorney Tony Rackauckas told reporters that investigators were sifting through thousands of videos and photos on Robicheaux's cell phone -- some showed women barely responsive.

"It's just unbelievable that he could just lie like that," said Riley. "How could you lie?"

"Within about an hour my whole life was ripped away from me," said Robicheaux. "I was fired from every hospital. I was suspended from my career, my practice."

The couple say threats would follow, including vicious phone messages and vile comments on social media.

They say they went into hiding for days inside their Newport Beach home to avoid the cameras.

"We had to sneak out under piles of garbage in the bed of a pickup truck," said Robicheaux.

The couple says they hired a legal team, and even submitted to polygraph tests to try to prove their innocence.

They call the past year and a half a roller coaster of emotions.

"From sad to angry to frustrated to scared... scared is the underlining. I think you're always afraid," said Robicheaux. "I'm afraid of the government. I'm still looking over my shoulder."

This week, Orange County District Attorney Todd Spitzer announced charges would be dismissed against the two due to insufficient evidence.

"There's not a single piece of evidence or video or photo that shows an unconscious or incapacitated woman being sexually assaulted," said Spitzer at a news conference Tuesday.

Spitzer alleges his predecessor used the case to draw publicity to seek re-election. In a sworn deposition last year, when asked if he thought publicity may be helpful to his campaign, Rackauckas answered yes, but now says that was not his motivation for filing charges.

"It's obvious that this case has publicity and that publicity is not a bad thing for a candidate," said Rackauckas. "But in no way was I ever motivated to make a decision in this case based on that."

When reporter Eileen Frere from sister station KABC-TV asked Robicheaux what he has to say to Rackauckas, he answered, "I want to forgive him. I want to move past. But at the same time I can't take the easy route... I want things to change."

Robicheaux and Riley stressed they did not want anyone else to ever go through what they experienced.

The couple who once led a swinger lifestyle, said they're now monogamous.

Robicheaux and Riley both maintain their innocence and said they, at no time, ever crossed the line with any women they were involved with.

They still face a civil lawsuit filed by an alleged victim.

"I will continue to do everything that I can do to try to absolve Grant and Cerissa of any financial responsibility and anything that can be done to try to begin to get some semblance of a normal life back," said Cohen.

Robicheaux says he would like to return to medicine but does not know if that will ever be possible. His medical license was suspended following the felony charges.

Riley says she used to teach dance to students from fifth to 12th grade in Orange County, but she doesn't think she'll return to that.

They both say their lives will never be the same.

"We're still going to be hated," said Riley. "I feel like how do you get away from it."

The two are now living in an undisclosed location and are considering whether to move out of California.

The charges against them are expected to be formally dismissed at a hearing at the Harbor Justice Center in Newport Beach Friday.
Report a correction or typo
Related topics:
newport beachorange countyrapedoctor arrestedkidnappingsexual assaultdrugssex crimes
Copyright © 2021 KTRK-TV. All Rights Reserved.
DOCTOR ARRESTED
Dental surgeon accused of trying to buy children for $30,000 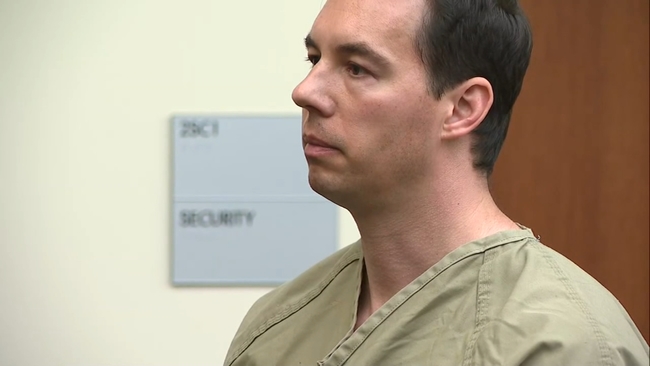 Doctor charged with 25 counts of murder for allegedly overdosing painkillers 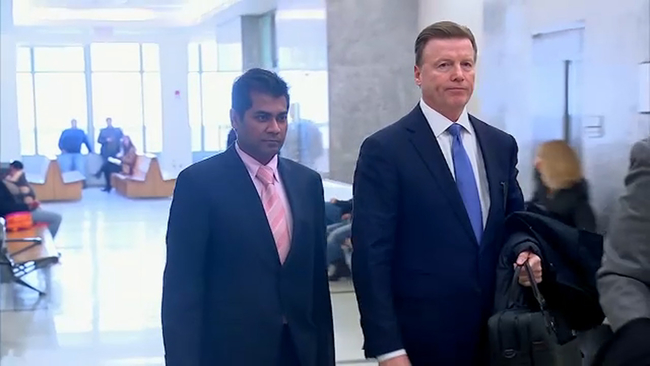