SANTA ANA, California -- Prosecutors said Wednesday they are investigating more than six possible victims who have come forward in the case of an Orange County surgeon and his girlfriend, who have been arrested for allegedly sexually assaulting women.

Two of the new alleged victims are from out of state, including New York and Nevada. A third alleged victim is in southern California.

Grant Robicheaux, 38, and Cerissa Riley, 31, are accused of teaming up to prey on women by meeting them at bars, drugging them or coercing them with copious amounts of alcohol, and then bringing them back to the man's apartment to sexually assault or rape them.

The two were charged with allegedly sexually assaulting two women by use of drugs in Newport Beach in 2016.

Prosecutors said there is video of the sex acts on one of the two initial alleged victims who came forward.

They believe that based on the videos and pictures found on the pair's phones, there may be hundreds of other victims.

OCDA Tony Rackauckas said Robicheaux and Riley are two "clean-cut, good-looking people" who used their looks and charm to "prey" on the women.

Robicheaux is a well-known surgeon in Orange County and has treated sponsored athletes. He was also once featured on the Bravo show, "Online Dating Rituals of the American Male."

If you believe you have been a victim or have information related to the crime and defendants, call Supervising Investigator Eric Wiseman at (714)347-8794.

Prosecutors believe there may hundreds of alleged victims of an Orange County pair who is accused of drugging and sexually assaulting women. 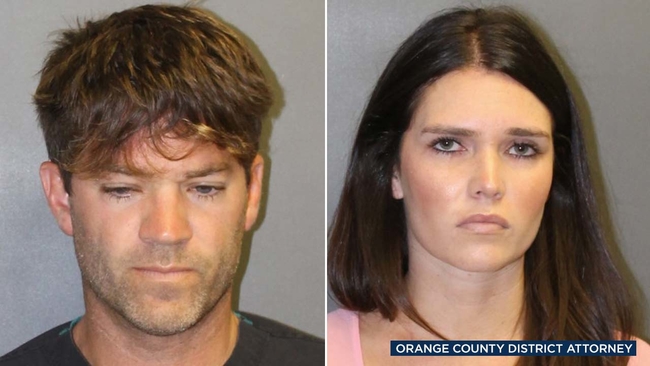 OC pair accused of rape, may have preyed on up to 1,000 women
More Videos
From CNN Newsource affiliates
TOP STORIES