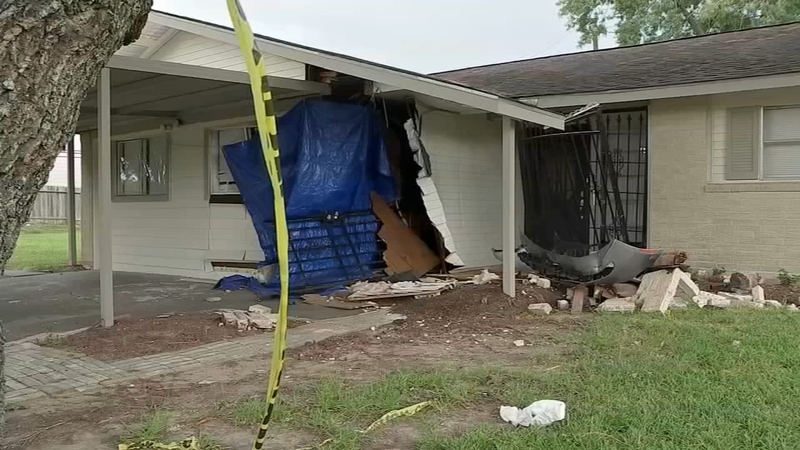 Sale lost when car crashes into home for sale

HOUSTON, Texas (KTRK) -- Edward Brown loves his house on Smooth Oak. He bought it to fix it up and sell it, and he did.

"Went on the market, got an offer in three days, and accepted the offer," Brown said.

Then, two weeks before closing, Houston police tried to pull over Edric Cox. Police say he made a turn without a signal and then led them on a short high speed chase which lasted less than five minutes.

The chase ended inside Brown's house. Then the buyer backed out.

"That was the first bad news we received," Brown said. "Waited the 10 business days to get the police report and found out the person who hit the home had no insurance."

Brown is a small real estate investor. One house at a time. Each sale funds the next purchase.

Now, two months after the collision, he's still waiting for his insurance to pay since HPD isn't liable because they were doing their job.

Cox is in jail on three charges of felony weapon possession and evading arrest. His next court date is August 7.

Brown is trying to stay positive.

"I love real estate," Brown said. "It's a learning experience. It's something that happens. But I know we're going to get through it."

Not only is Cox not liable, he's not even charged with hitting the house.

The Harris County District Attorney's office told ABC13 it might add more charges, but hitting the house "would be criminal mischief. In a criminal mischief case, the state must show that the defendant 'knowingly and intentionally' committed the offense."

Brown is already out the sale, his $5,000 deductible and two months of mortgage payments.

He says his next home won't be on a corner lot.