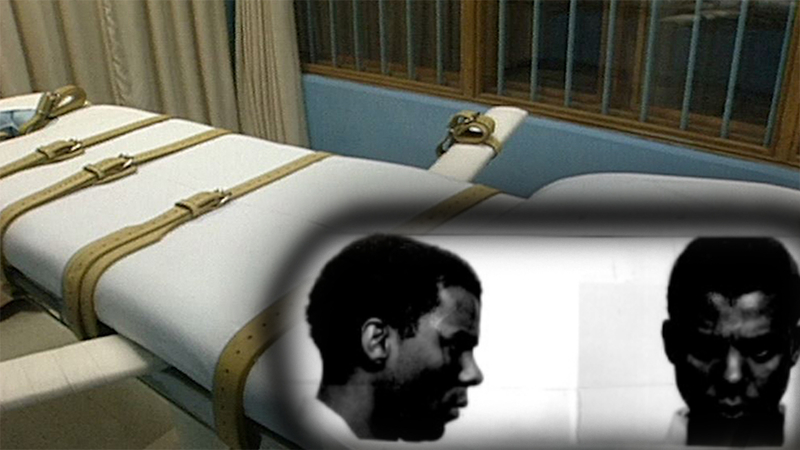 AUSTIN, Texas (KTRK) -- Raymond Riles has been on Texas' death row longer than anyone else, first sent there in 1976. Despite several execution dates being set, he has repeatedly been deemed mentally incompetent to be put to death, instead lingering on the row and the prison's psychiatric units for more than 45 years. At one point, he set himself on fire and was hospitalized for months.

On Wednesday, the Texas Court of Criminal Appeals tossed his death sentence.

The state court sent Riles' case back to Harris County to again determine his punishment because the jury wasn't instructed to weigh his mental illness when deciding between a punishment of life in prison or death. The Harris County District Attorney's Office, which supported tossing the sentence, did not immediately respond to questions Wednesday as to whether the office would again seek the death penalty. Riles' conviction of capital murder is not changed.

Riles, now 70, was convicted in the 1974 shooting death of John Thomas Henry. Riles and another man were attempting to return a recently purchased car to Henry, a used car dealer, when Riles shot him, according to court records.

At trial, Riles claimed insanity, and multiple experts testified that he had paranoid delusions, psychosis and schizophrenia. Relatives noted a long line of severe mental illness in the family. But doctors for the prosecution argued Riles was faking, and the jury rejected the insanity defense.

So, when jurors were weighing Riles' sentence, they were only tasked with deciding whether the murder was deliberate and if Riles would likely be a future danger. They decided he was, so he was sentenced to death.

Starting in 1989, death penalty juries were also required to consider mitigating evidence, like a mental illness, that may sway jurors to instead opt for the lesser punishment of life in prison. Because Riles' jury was not given that instruction, the Court of Criminal Appeals said Wednesday his death sentence could no longer stand.

"The mental health evidence that [Riles] presented at his trial is the type of evidence that both this Court and the Supreme Court have come to regard as the kind of 'two-edged' mitigating evidence calling for a separate, mitigation focused jury instruction," the judges wrote in their ruling. "[Riles'] jury did not receive any such instruction."

Riles' attorneys took his case back to the courts after the Texas high court tossed the death sentence of Cesar Fierro in 2019 for the same reason. Fierro, who had also been on death row for four decades for the murder of a taxi driver, was released on parole last year after the El Paso District Attorney decided not to again the seek death penalty.

Judge Michelle Slaughter, joined by Judges Bert Richardson and Kevin Yeary, disagreed with the majority of the court Wednesday, questioning if Riles had the mental capacity to consent to the legal argument and if he would be better served by staying on Texas' death row.

"If he is released on parole, his mental illness could result in homelessness and/or joblessness," Slaughter wrote.

"It seems at least plausible that significant changes to his environment and surroundings may cause further deterioration of his mental health status," she added.

Jim Marcus, Riles' other attorney, said Wednesday that Riles would be able to either find care outside of prison, if resentenced to life and released on parole or in a prison setting outside of death row, where inmates are kept in solitary confinement.

"All of the options available inside or outside the prison are better suited for somebody with severe mental illness than solitary confinement on Texas' death row," he said.

The Court of Criminal Appeals on Wednesday also vacated the death sentence of Humberto Garza, who was found guilty of killing six men in Hidalgo County in 2003. Garza argued, and the court agreed, that his lawyers at trial were ineffective because they did not present or investigate potential mitigating evidence, such as a childhood surrounded by drugs and violence.