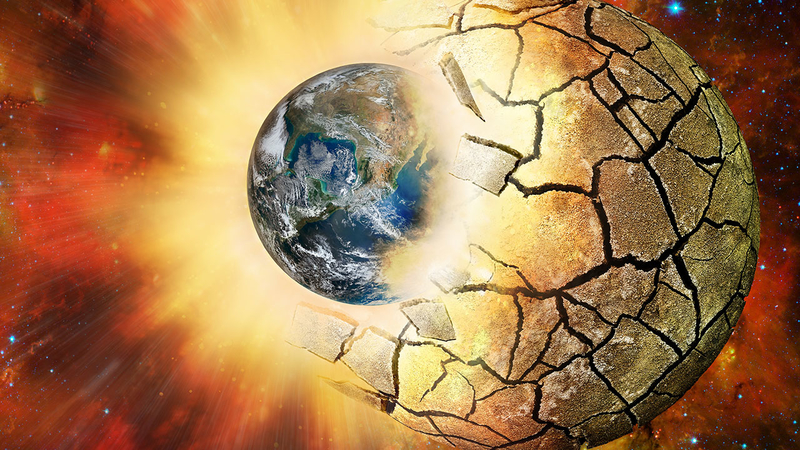 What is Nibiru, AKA Planet X?

You might have seen conspiracy theories in your newsfeed that the world will end today. Where did the idea come from, and what do scientists have to say about it?

The date has to do with the eclipse, but it's only the latest in a string of similar theories, all of which have been proven false.

David Meade, who wrote a book called, "Planet X - The 2017 Arrival," claims that on Sept. 23, a sign would come that "Planet X" also known as "Nibiru" will have an encounter with Earth, changing the world as we know it.

Editor's note: Meade clarified to the Washington Post that he believes a "sign" will appear on Sept. 23 signaling the beginning of the end, though this would not be the exact date of the apocalypse.

Meade's claim gained popularity from a bizarre 4-minute YouTube video that includes a seven-headed dragon, a prediction of a "heavenly sign" over Jerusalem and a depiction of the supposed rapture. The video, called "September 23, 2017: You Need to See This," has more than 2 million views.

Meade's claims are rooted in Christianity, he said, because Sept. 23 is 33 days after the total solar eclipse.

"The Bible is clear in Matthew 24:36 that Jesus is going to return as he promised, but no one except God the Father knows when; therefore, trying to use our finite, earthly means to speculate is, quite frankly, a waste of time," reads an article on the site by Ed Stetzer, Executive Director of the Billy Graham Center at Wheaton College.

This is not the first "end of the world" theory to go viral. It's not even the first time that claims that the planet "Nibiru" will crash into Earth have been spread around. As Snopes.com reports, a fake news site claimed that the Earth would end in a similar fashion on August 21, 2016.