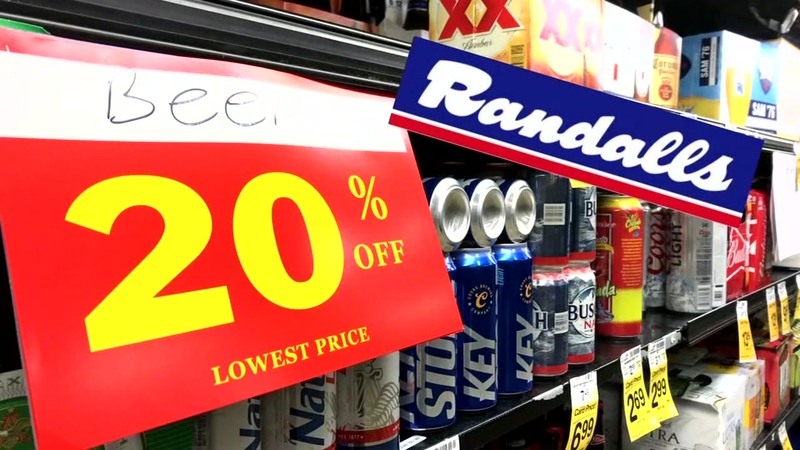 HOUSTON, Texas (KTRK) -- Three Houston-area Randalls stores are set to close around Dec. 1 after the company said they failed to draw shoppers through their doors.

The stores scheduled to close include the locations at:

Inside the Randalls at Westheimer and Shepherd, the sale signs are up. It caught some shoppers off guard.

"It wasn't even that strategic," shopper Robert Lundin said. "I was going in to fill a prescription and didn't know the place was closing until I saw the sign."

Randalls will go from 20 to 17 stores after it closes three stores across Houston in the next month.

General merchandise, including Astros t-shirts, can be found for 50 percent off the original price. A few aisles down, lots of greetings cards are discounted at 80 percent off the regular price.

But not all of the current discounts at the Randalls stores that are closing beat competitors' prices. Bruce's yams are $2.29, marked down to $1.60 at Randalls. At an H-E-B, the in-store coupon knocks the price of the same can down to just 97 cents.

The company says it's working towards providing employees at the three closing stores with jobs at their remaining locations.

"It seems they aren't sure what their niche is and that's a shame, because it means customers here lose out," Lundin said.

With the closure, Randalls will go from 20 to 17 stores in the Houston area, according to its website.