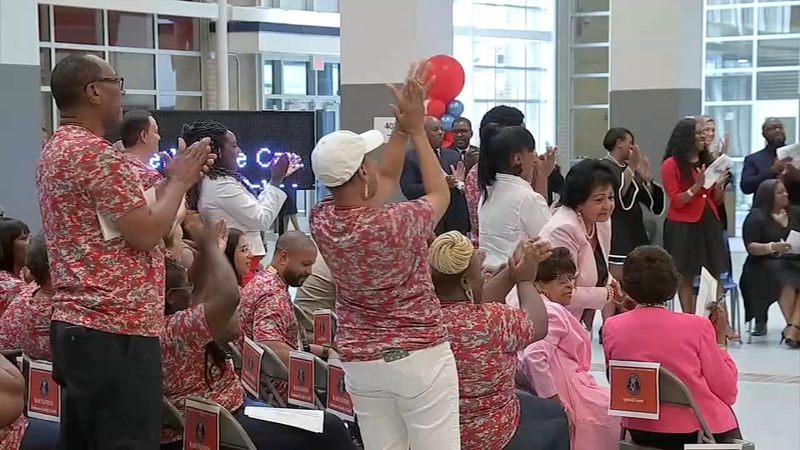 HOUSTON, Texas (KTRK) -- The Mighty Rams of Kashmere High School have done what many said they couldn't. They not only got off the state's list of failing schools, they just received a grade of 75.

Thursday, Mayor Sylvester Turner, Congresswoman Sheila Jackson-Lee, Interim HISD Superintendent Grenita Lathan and others gathered at the campus to celebrate. The principal, Reginald Bush, was highly praised for his efforts and ability to motivate students and faculty.

An increase in wrap-around services for students, which included battling poverty and emotional issues, were also referenced as a part of Kashmere's success.

It's a much-needed win for Houston Independent School District, which has been at odds with the Texas Education Agency.

Also on Thursday, the TEA said too many of Houston's schools weren't making the grade - despite the district receiving an overall "B" ranking. There's been talks about the state taking over the HISD Board of Trustees, but most members say they're not going to discuss the ongoing legal fight, and want to focus on the victories.

"Whatever the TEA decides, it does not take away from the fact that these accomplishments have been made. That our superintendent that we have in place has done that, that our students have done what they were asked, that our faculty and staff have done what they were asked - and despite the dysfunction of the board, this district is healthy, these kids are happy and we're on the way to an upward trajectory that can't be stopped," Trustee Rhonda Skillern-Jones said.