Brett Kavanaugh updates: Who is Rachel Mitchell and what role is she playing in the Senate Judiciary Committee hearing? 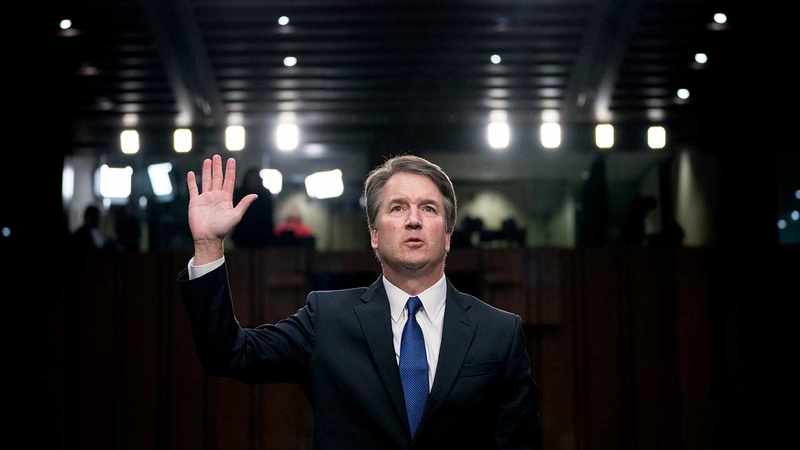 The latest on the Brett Kavanaugh hearing

WASHINGTON -- There's a new face in the midst of the Senate Judiciary Committee hearing about Brett Kavanaugh.

Senate Republicans have brought in Arizona prosecutor Rachel Mitchell to handle questioning about allegations of sexual assault against the Supreme Court nominee.

Who is Rachel Mitchell?

The majority committee members describe Arizona sex crimes prosecutor Rachel Mitchell, a Republican, as tough, experienced and, above all, objective.

Mitchell works in the Maricopa County Attorney's Office in Phoenix as the chief of the Special Victims Division. She supervises attorneys who handle cases involving child molestation, sexual assault and computer crimes against children in Arizona's most populous county.

Maricopa County Attorney Bill Montgomery, Mitchell's boss, praises her experience as an "objective prosecutor" with a "caring heart" for victims. He says he was contacted by staff members of the Judiciary Committee over the weekend about Mitchell's qualifications.

Mitchell was working on behalf of the 11 Republican men on the Senate Judiciary Committee who preferred not to question Ford themselves, and in the glare of television lights and with a strict five-minute time limit that seemed to get in her way repeatedly.

As her time for questioning Ford was coming to an end, Mitchell herself seemed to give voice to her exasperation with her task when she rhetorically asked Ford about the best way to question victims of sex crimes.

"Would you believe me that no study says that this setting in five-minute increments is the way to do that?" Mitchell asked.

What is the Senate Judiciary Committee?

The Senate Judiciary Committee is responsible, among other things, for reviewing nominations for the U.S. Supreme Court. The nomination cannot go to the Senate for a vote until the committee orders it.

There are 11 Republicans and 10 Democrats. They are:

Since Mitchell is not on the committee, why was she asked to conduct questioning?

Chairman Grassley released a statement on Tuesday explaining that allowing Mitchell to conduct the questioning would help prevent the hearing from becoming too "politicized."

"The majority members have followed the bipartisan recommendation to hire as staff counsel for the committee an experienced career sex-crimes prosecutor to question the witnesses at Thursday's hearing," the statement reads. "The goal is to de-politicize the process and get to the truth, instead of grandstanding and giving senators an opportunity to launch their presidential campaigns. I'm very appreciative that Rachel Mitchell has stepped forward to serve in this important and serious role.

"Ms. Mitchell has been recognized in the legal community for her experience and objectivity," Grassley continued. "I've worked to give Dr. Ford an opportunity to share serious allegations with committee members in any format she'd like after learning of the allegations."