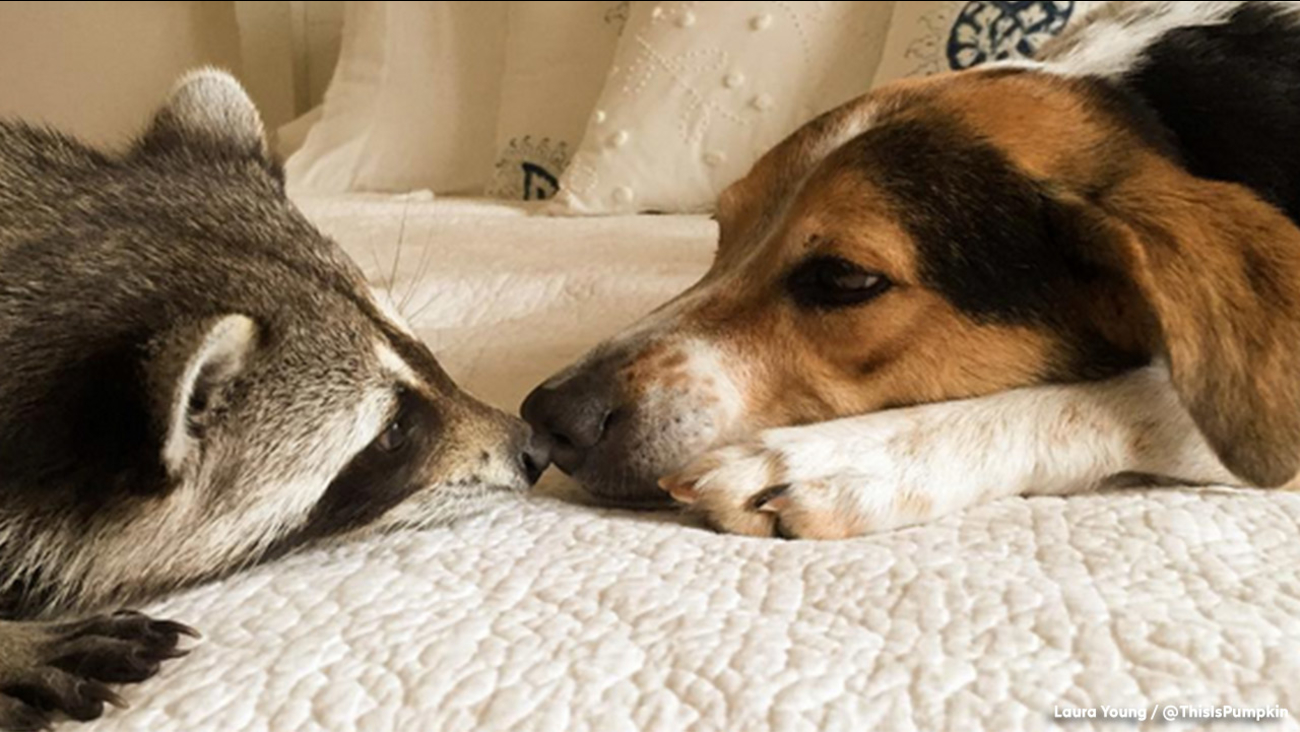 An adopted pet raccoon, rescued from a fall at birth, is enjoying life from the perspective of both man and man's best friend. (Laura Young / @ThisIsPumpkin)

When a month-old raccoon was abandoned by her mother, she faced some tough odds for survival.

One year later, Pumpkin the raccoon's keepers say she is enjoying life from the perspective of both man and man's best friend, reports The Dodo, a news site for animal enthusiasts.

Pumpkin was discovered by Rosie Kemp last year after the raccoon fell from a tree in her backyard. When her mother failed to return to care for the cub, who suffered a broken back leg, Rosie's family set out to give her a fighting chance.

PHOTOS: Meet Pumpkin, the raccoon who thinks she's a dog 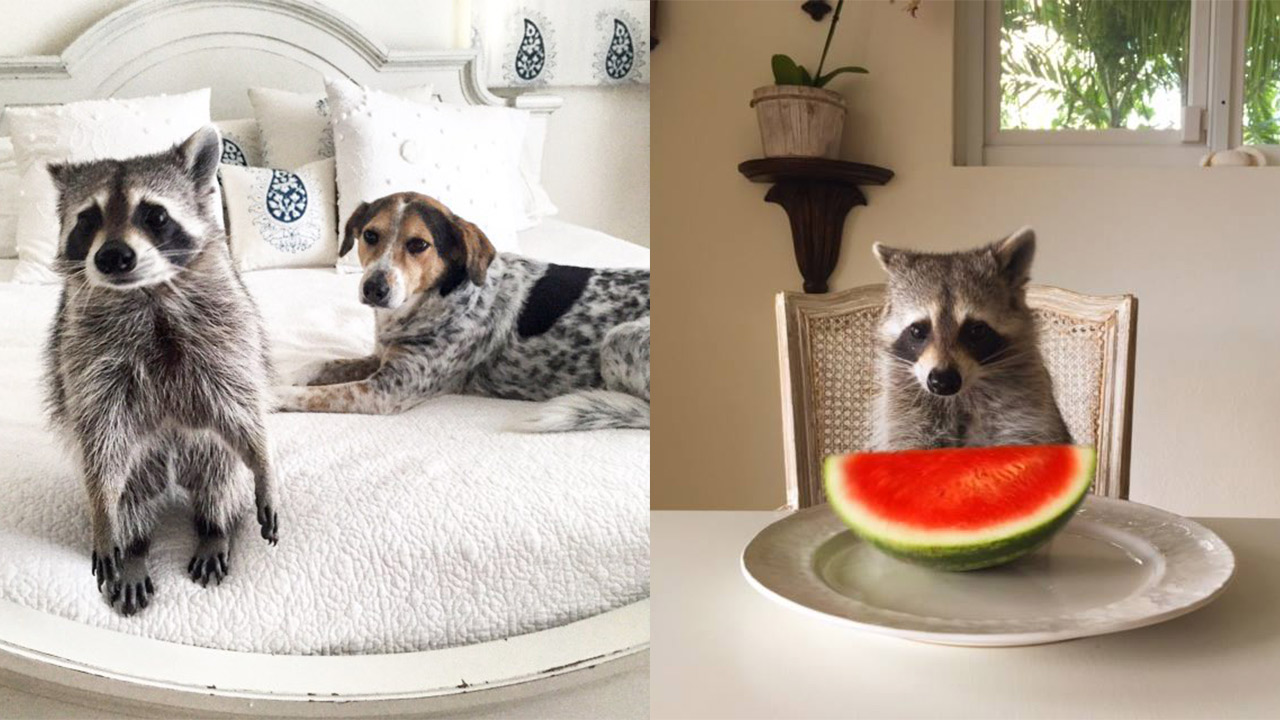 PHOTOS: Meet Pumpkin, the raccoon who thinks she's a dog
An adopted pet raccoon, rescued from a fall at birth, is enjoying life from the perspective of both man and man's best friend.

Kemp, who lives in Nassau, Bahamas, says Pumpkin has become a little spoiled after round-the-clock care ensured her survival, and that she even believes she is a dog.

Part of Pumpkin's day is spent playing with Kemp's two rescue dogs, who have taken as much a liking to their adopted sister as she has them.

"She instantly bonded with us and our two rescue dogs and follows me and our two dogs everywhere we go," Young said. "She now thinks she is a dog ... she is able to play and be rough with them and she respects them when they have had enough."

The other half of Pumpkin's day is spent mirroring her humans, opening cabinets and attempting to open doors when she catches cabin fever.


She loves air conditioning and her favorite foods, Kemp says, include sunny-side up eggs and watermelon.

She's even learned how to use the toilet when natural calls.