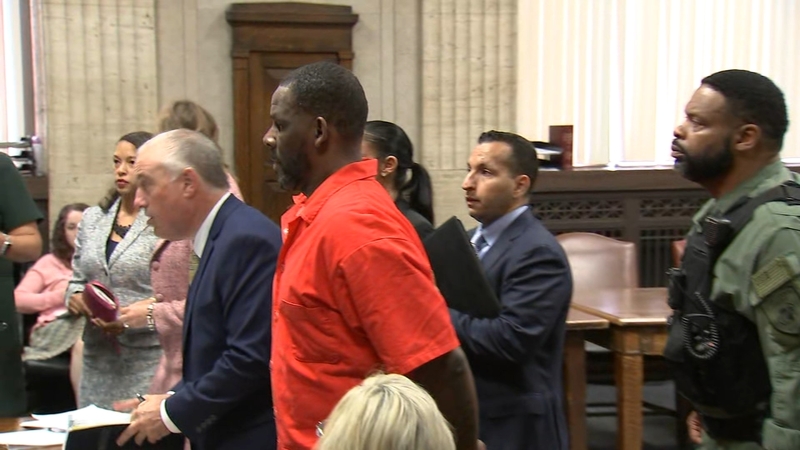 CHICAGO -- R. Kelly appeared in court in Chicago Tuesday for a hearing in relation to state of Illinois charges against the singer.

The state filed a motion to raise R. Kelly's bond, which was denied by the judge. Kelly was charged by Cook County prosecutors back in February on various counts of sexual abuse for allegedly assaulting several underage girls. They allegedly occurred between 1998 and 2010.

His bond was set at $1 million, but prosecutors wanted that increased, the move appearing to be symbolic since the Grammy Award winner had been ordered detained by judges in federal courts in Chicago and Brooklyn. The judge said that he may revisit the issue of Kelly's bond if circumstances change in the federal cases.

R. Kelly has a slew of legal problems with two state cases pending against him and he is being held without bond on federal charges in Illinois and New York.

Some of the accusations include sex trafficking, child pornography and obstruction of justice. A hearing originally scheduled for Wednesday in the federal case against Kelly has been rescheduled for October.

Earlier this month, a judge in the federal case against Kelly in Illinois ruled that the singer will go to trial in April.