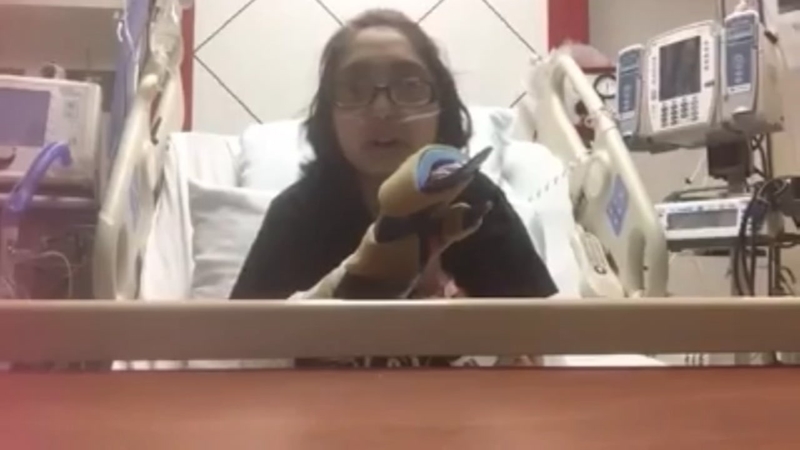 HOUSTON (KTRK) -- Qirat Chapra, the teen who suffered from an auto-immune disease and whose dying wish was to see her parents again, has died.

Her family confirmed to Eyewitness News that the 18-year-old died around 2pm Saturday.

Congressman John Culberson (R-TX) issued this statement:
"I am saddened to hear of Qirat's passing. The loss of a child is devastating and my thoughts and prayers continue to be with Qirat's family during this dificult time."

Qirat's family was too distraught for an on-camera interview.

Chapra's parents were able to make it to Houston last week, with hopes that they weren't too late. When they arrived to Memorial Hermann Hospital, they received the news that Qirat had been unconscious hours before they arrived.

"I'm only surviving because of all these prayers and all this belief and living up to each day that my parents would come and hug me," the teen previously said.

Qirat was born here, so she's an American citizen, but her parents are not. As a result, they were often denied VISAs when they applied.

"My last wish is to see them. I do not want to leave this world without seeing them. I spent all my life, and I don't know how long I'm going to stand," Qirat told us in November.

Chapra's funeral will be held Sunday afternoon in Houston.