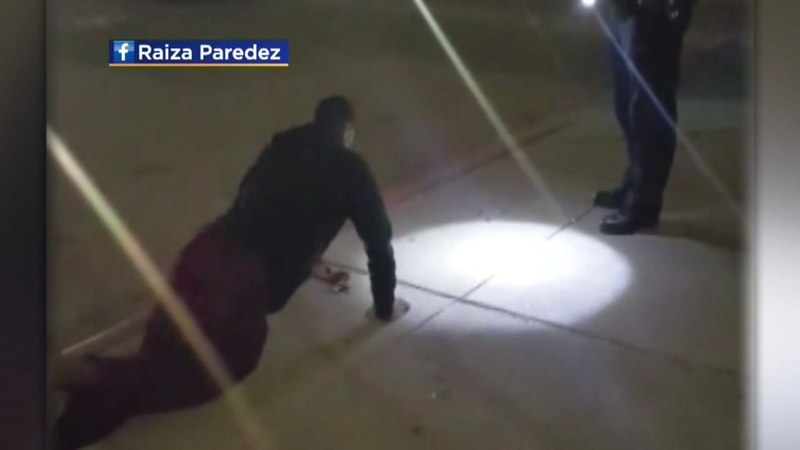 ARLINGTON, TX -- A Texas police officer is getting a lot of attention after he caught a teen smoking weed. But it's what he did after that's receiving lots of praise.

"One thing that my department pushes is for us to have compassion and kind of think outside the box," said Eric Ball, Arlington Police Dept.

Ball was working off duty outside a movie theater when someone told him a man was smoking marijuana near the entrance.

"When I seen him, I told him to come here and he got to walking and I seen him drop something," Ball said. "He said he had been smoking marijuana, but it wasn't a usable amount."

"I just wanted to kind of teach him a lesson, to use that situation as a learning tool," Ball said. "He was real respectful. So I told him you have two options: he could go to jail or he could give me 200 pushups. I got that from, you know I played sports in high school, coaches and stuff. I thought that would be more sufficient than writing him a drug paraphernalia ticket or something like that, because I can use my discretion."

The man took the pushups option and told the officer he did, in fact, learn his lesson.

"Later his mom, she came out looking for him. She actually thought I was nice because I only made him do 200. She thought he should've done a thousand," Ball said.
Related topics:
marijuanau.s. & worldpolice
TOP STORIES
We have a cold and damp night ahead
High school student attacked in his family's driveway in Richmond
Winter blast felt across Texas
Man killed in incident authorities believe stemmed from road rage
Major crash blocks southbound lanes of I-45 in The Woodlands
Alvin votes no on 'sanctuary city for the unborn' ordinance
TxDOT crews prepared as temperatures continue to drop
Show More
Burglar caught on camera hitting luxury apartment building
Digging into the process of rebranding Sugar Land Skeeters
Adele postpones Vegas residency due to COVID among crew
Man killed during attempted robbery of woman he met online, HPD says
Feud over woman led to fight and deadly shootout, family says
More TOP STORIES News