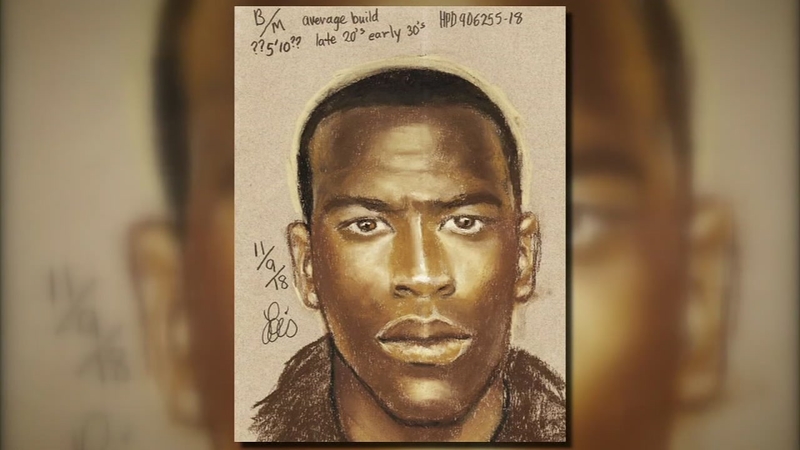 HOUSTON, Texas (KTRK) -- Authorities are searching for the man wanted in connection with multiple purse snatching cases in the Memorial area.

Harris County Precinct 5 deputies released a sketch of the man who is known to target victims during the day.

Deputies told Eyewitness News that the man and a female accomplice are known to stake out grocery store parking lots and follow victims to a remote location, and steal their purse.

According to a press release, an 81-year-old woman was followed to her home in the 13000 block of Queensbury, where the suspect waited for her to exit her vehicle and then forcefully grabbed her purse and knocked her to the ground.

Later that evening, surveillance video captured the man and his accomplice trying to use the victim's stolen credit card at a department store.

In another case, deputies say the man followed a woman and her two children from a grocery store parking lot to a nearby business in the 14200 block of Memorial.
When the victim entered the building the suspect broke into her car and stole her purse. The man then sped away in the same black Dodge Charger, according to deputies.

Black female with long black hair in her twenties or early thirties.