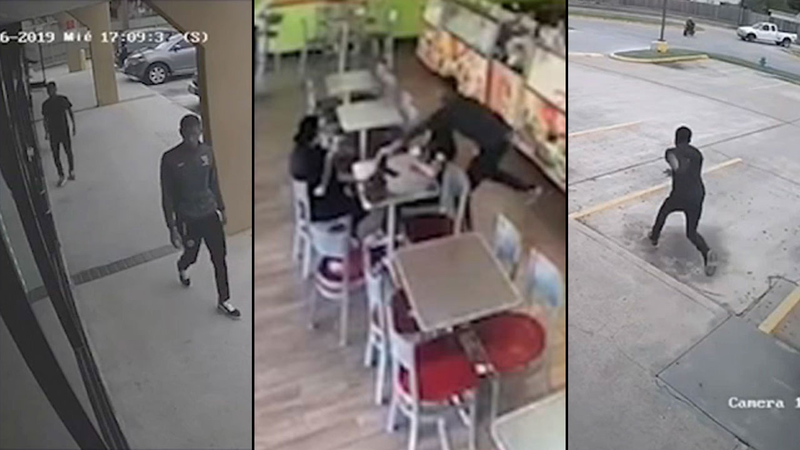 HOUSTON, Texas (KTRK) -- Maria Hernandez has been playing detective online since the day of her mother's purse snatching.

"That happened in less than five minutes," Hernandez said. "She did not see that coming."

She posted video of the robbery on her social media pages and has received a number of leads on the guys who took off with her mother's belongings.

"To find out we are not the only ones they have robbed," Hernandez added.

She collected every message and piece of information to give to police.

"You can't even go and eat an ice cream because you are scared of getting robbed," she said.

Wednesday, her mother Virginia Hernandez was eating ice cream with her daughter at a business on Veterans Memorial and Antoine Drive.

"Tallest one walks in and he acts like he is looking at the ice cream," Hernandez said.

But then, an accomplice standing guard at the door yelled out to distract her mother. She turned, and the first man snatched her purse, hitting Hernandez on the head on the way out.

Virginia said she froze and was in shock. She never imagined anything like this.

Now they are both paranoid and scared to go anywhere alone in their own neighborhood.

What's worse, she has been receiving threatening, anonymous phone calls.

"Private calls, cussing her out, telling her to remove the video."

With their safety in jeopardy, Maria is now turning to the public and asking anyone who knows these people to call the police.

"I just hope they catch them before they actually shoot someone."