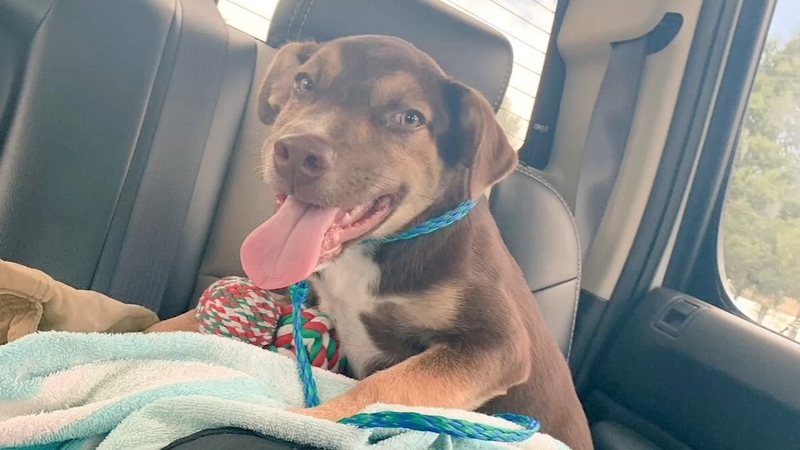 PASADENA, Texas (KTRK) -- Buddy was just 5 months old, loving his new forever home after getting adopted from the Pasadena Animal Shelter, and his owner Eduardo Vasquez was just as excited.

"We were planning on going to the beach," Vasquez said. "He had never experienced that."

Vasquez was already planning future outings and hoping to create lifelong memories, but he only had Buddy for three short weeks.

He said Buddy was in the care of the Pasadena Animal Shelter last week and was supposed to be transported to a vet to get neutered, however, he received a call from the shelter and was told Buddy was left in a hot van. The vet who took Buddy in also called him.

"(I was told) he was in shock, he will stay overnight, we will take care of him," Vasquez said.

"It was terrible," he said. "He died a very slow and painful passing."

News about this spread fast and the mayor of Pasadena said this on the city's Facebook page:

"Our shelter and staff is understandably devastated as well and we ask for your patience while a thorough investigation is being conducted. I'm assigning this to the Pasadena Police Department's public integrity unit."

Vasquez said the shelter's director did reach out to him after the incident.

"He stated that there was a change in assignment and that the main driver's daughter got sick, so they had someone else do the driving," Vasquez said.

However, Vasquez still has questions, like how long Buddy was left alone in the hot van, and he also wants to make sure this type of heartbreak doesn't happen to anyone else.

"I just want whomever to be held accountable, they are still at the shelter," Vasquez said. "I understand mistakes happened, but that was a living, breathing animal, my pet, my family."