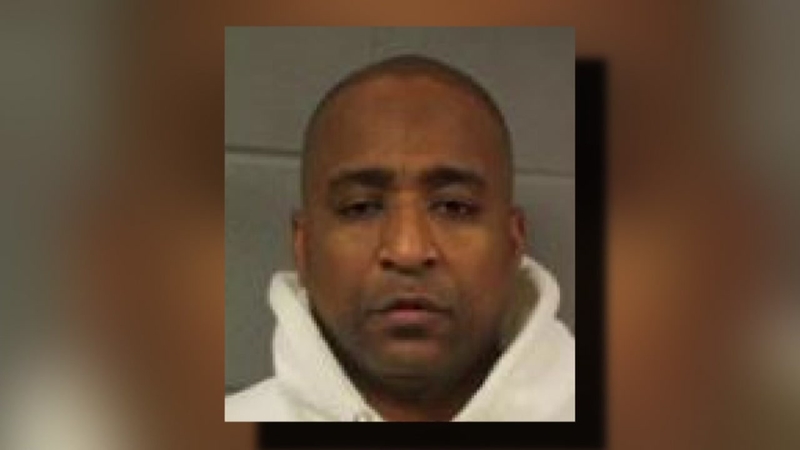 HOUSTON, Texas (KTRK) -- A father of three children and self-employed barber is accused of trying to sell prostitutes inside the luxury Post Oak Hotel.

Mark Anthony Cole, 43, is currently locked up at the Harris County jail with no bond. He's charged with four criminals counts, including promotion of prostitution and delivery of a controlled substance.

An undercover operation ended with his arrest last Wednesday.

Prosecutors revealed shocking details when he appeared before a judge in probable cause court.

Cole reportedly said he makes $30,000 a week by selling women as a pimp.

The operation started when Cole befriended a law enforcement officer with Harris County Constable's Office Precinct 1 inside a hotel on September 17th.

They two exchanged text messages and phone calls. They met at a restaurant off West Gray in River Oaks on October 3rd. The undercover officer agreed to purchase cocaine from Cole. They later met at a gas station off the Southwest Freeway to complete the transaction.

The officer again met Cole on October 12th to buy cocaine. Cole reportedly talked about how he could arrange for prostitutes.

The conversation continued over text messages. The undercover officer met Cole inside the Post Oak Hotel on October 17th. Prosecutors said Cole agreed to provide three women for sex in exchange for $4,500. Cole also agreed to sell more cocaine to the officer.

"If you're looking at someone that's able to pay $1,500, you're talking about an upscale clientele, so this isn't your average person on the street," said Constable Alan Rosen, Harris County Precinct One.

"He thought that we were there to meet for a bachelor party," said Rosen.

Investigators say some of the women are victims of human trafficking and they fear there are more victims out there.

All high-end properties in the City of Houston experience issues/problems with prostitution, as their clientele is a target for those involved in prostitution activities

Landry's Inc./The Post Oak Hotel has always, and will always, taken an extremely proactive approach to preventing and eliminating such activity, where as many other properties/companies take a more passive stance with regard to this issue.
In fact, THIS INVESTIGATION ORIGINATED FROM INFORMATION PROVIDED BY LANDRY'S INC., ALONG WITH A REQUEST FOR ASSISTANCE FROM THE PRECINCT 1 CONSTABLE'S OFFICE IN DEALING WITH THE ISSUE.

Landry's Inc. has a zero tolerance policy with regard to all criminal activity, and will continue to take an extremely aggressive approach in dealing with prostitution activity and all other criminal activity at all of their locations and venues.