KGO
By Chris Nguyen
SAN JOSE, California -- A Santa Clara County prosecutor is under fire for using his 13-year-old daughter as bait to catch an alleged child molester on the Los Alamitos Trail in San Jose.

Not only has the case been referred to the state Attorney General's Office due to conflicts of interest, the prosecutor could now face charges of child endangerment.

"You might be upset, you might want vengeance, but this is not the way to handle it," said retired Santa Clara Superior Court Judge LaDoris Cordell. "We rely on prosecutors to know better and hopefully he has learned from this."

Police arrested Ali Mohammad Lajmiri, 76, last week, after they say he inappropriately touched the victim on multiple occasions this summer as she walked her dog on the popular trail in Almaden Valley. The investigation began in October after the victim told her doctor she had been sexually assaulted.

According to a police report obtained by our media partner, The San Jose Mercury News, the prosecutor brought his daughter back to the trail and attempted to get Lajmiri's incriminating actions on video, which was then turned over to police.

"The girl may not anticipate the unintended consequences of being re-traumatized by this experience," said Santa Clara University psychology professor Thomas Plante. "I'd be concerned about that."

In a letter sent to his staff this afternoon, District Attorney Jeff Rosen said in part: "As prosecutors, we must never forget that our own behavior -- inside and outside of the courtroom -- matters. The choices we make in our professional and personal lives need to be in harmony with the protocols, laws, and ethics of our criminal justice system."

Lajmiri, who told authorities he suffers from Alzheimer's, is being held in the county jail on $3 million bail and returns to court in late January.
Report a correction or typo
Related topics:
californiamolestationsex crimeu.s. & worldinvestigationsex crimeschild endangerment
Copyright © 2020 KGO-TV. All Rights Reserved.
More Videos
From CNN Newsource affiliates
TOP STORIES 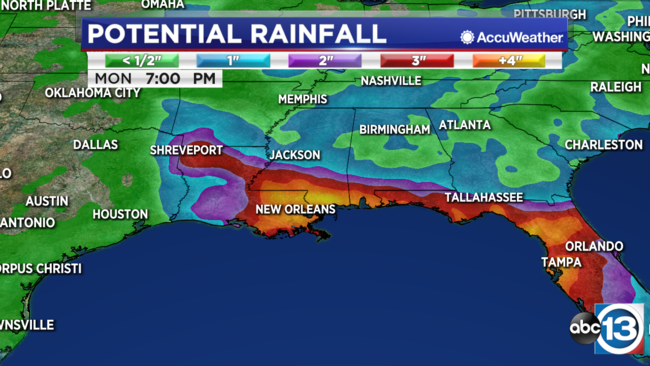