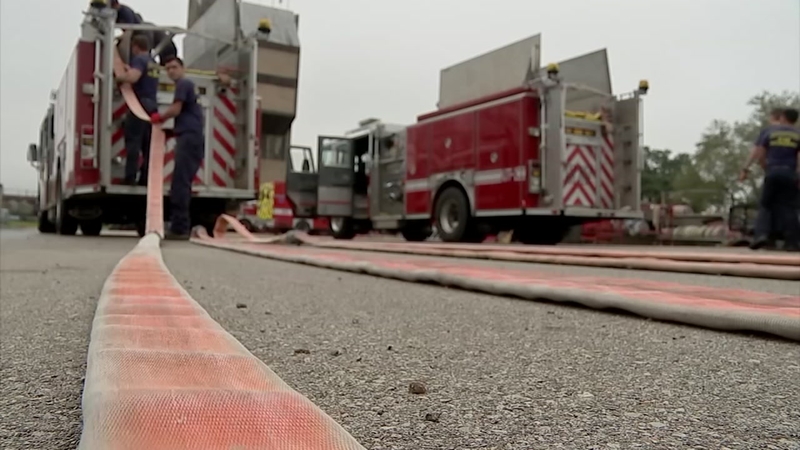 HOUSTON, Texas (KTRK) -- Houston City Councilman Dwight Boykins delayed virtually everything the body was going to tackle Wednesday in a protest over the 68 fire cadets trapped at the academy.

Those cadets finished their training weeks or months ago, but Houston Mayor Sylvester Turner won't swear them in over concerns about voter approved pay raises.

Any Houston city councilmember can delay items until the next meeting for any reason. It is called a 'tag' and is used once or twice every week, usually so council members can gather more information before they vote on a particular contract or new city ordinance.

Wednesday, Boykins used it 32 times in a protest over those firefighters.

"Today and going forward, mayor, I would tag every single item on the agenda until these cadets are seated," Boykins told council.

Street projects, parking plans and Harvey recovery contracts were all postponed until council's next meeting. It is at least two weeks away, as council does not meet next week due to a spring break recess.

You'll remember we showed you some of the trapped cadets raking leaves, others pouring concrete. As cadets, they continue to make $28,000 a year. If they were sworn in, their salaries would increase to at least $40,000 as probationary firefighters.

Boykins said the money to do it is already in the city budget. Without the raises, Boykins said some of the cadets are resorting to pay-day loans and renting out their own homes to pay bills.

SEE ALSO: In fight for Prop B pay parity, clarity between mayor and union disappears

In a statement, union president Marty Lancton wrote, "Unlike most of the rest of city council, their (Boykins and Kubosh's) support of firefighters goes beyond simply appearing with us at parades and line of duty memorial services."

The mayor says the move won't make him swear the cadets in. He's repeatedly said he's holding them at the academy in case he needs to lay them off to implement voter-approved firefighter pay raises mandated by Proposition B.

"What's important for me on this whole issue is how we move forward, and I'd already sent out notices to all of the council members. As of tomorrow, I start talking with them on our plan administration plan to move forward on the implementation of Proposition B. And we're going to do it in a very responsible way."

Those meetings will be behind closed doors with a few council members at a time.

Boykins vows to be back at the delay button for the next meeting.

"My mother always told me, when you stand up for what's right, you can't look in your rear view mirror for what people believe is wrong, in their opinion and perception. I'm always do what I believe is right," Boykins said.