NO DEAL: Prop B talks end, leaving next steps unclear in long fight over pay raises 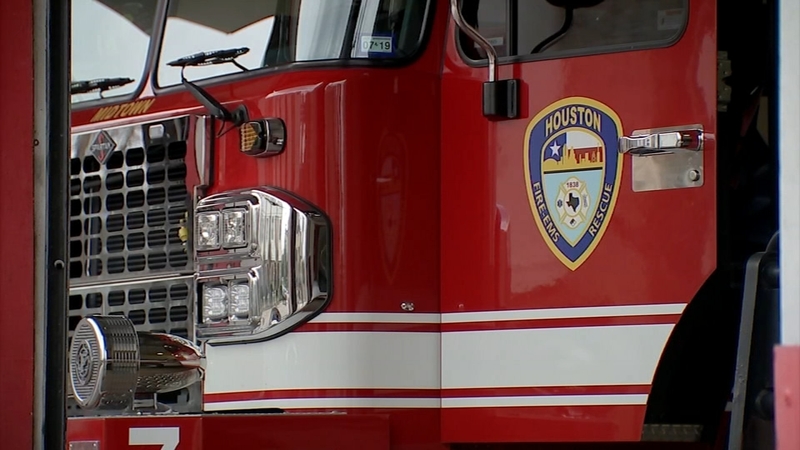 Prop B talks over between city and Houston firefighters

HOUSTON, Texas (KTRK) -- Houston Mayor Sylvester Turner explained Friday why he and the firefighters union couldn't come to an agreement on pay raises after another day of mediation.

Friday morning, court-ordered mediator David Mattheisen told a Harris County judge that despite a final session Thursday, "the parties have not been able to resolve the matter. I am therefore declaring our negotiations at an impasse."

It brings an end to a short-lived jump-start of talks between the city and fire union to come to an agreement on implementing firefighter raises. The city has said it will implement Prop B and has said firefighters would start getting raises next week.

At the same time, 205 firefighters received layoff notices last week. Hundreds more received notice of their demotion this week. Both the layoffs and demotions will go into effect July 1, the start of the city's new budget year.

LAYOFFS YESTERDAY, DEMOTIONS TODAY: It appears firefighters have begun getting notices for demotions associated with the city's Prop B implementation plan. City plan could demote at least 250 firefighters.https://t.co/cYLMHFjHit pic.twitter.com/HZmCMu01n5

As he emerged from mediation Thursday night, Mayor Turner told reporters, "We don't have a deal and because of the mediation, I can't go into the details... The city went beyond what was on the table. It's unfortunate it was not accepted."


Asked about future meetings, Turner replied, "This is it."

Before the impasse was declared, Firefighter Union President Marty Lancton sent Mayor Turner and city council a letter offering to take a four-year deal to a membership vote within two days if the city met certain conditions. The conditions included:

The letter from the union ends with a willingness to continue mediation. The conditions attached, however, have been non-starters with the city in the past.

Later in the morning, Mayor Turner said the proposal with the four-year deal was different from the demands the city agreed to which were:

"They're asking the city to agree that Proposition B continues to live forever. That is certainly new from what they previously demanded," the mayor said.

"I want to make it clear that the fire union cannot keep moving the goal post. By law, the city must balance its budget before the start of the next fiscal year July 1," he continued. "The fire union said it did not want layoffs. This is a self-inflicted wound. It cannot keep accusing the city of not doing everything to presenting a resolution, especially when the city is agreeing to its stated public terms."

The mayor said 47 municipal workers will be laid off because of Prop B.

On May 10, firefighters will be issued lump sum checks from January 1 through the first part of May, totaling about $31 million, Mayor Turner explained.

"This is not about implementing Proposition B. For the mayor, this is about killing Proposition B," Lancton said. "The mayor refuses to say when, how and whether or not he will respect the will of nearly 300,000 voters."

Lancton directly addressed the mayor's comment that the fire union has been "moving the goal post," saying that "if anyone understands moving the goal post, it is this mayor. Because lack of transparency and shifting positions make resolving this extremely difficult every day."

Lancton said that the mayor demanded the impasse. "We were willing to continue to negotiate. A lot of people stayed up throughout the night to work on a resolution to which was presented to the city and they refused a four-year agreement to phase in voter-approved Proposition B."

He claims that firefighters did not deny the proposal, nor did they agree to it. Lancton said they asked for 12 hours to work on the resolution, coming up with the proposal that was eventually sent to the mediator.

Without any further talks, it appears the city will move ahead with layoffs and demotions at the end of June.

A court ruling on the constitutionality of Prop B was on hold to allow mediation a chance to work. It is unclear when Harris County Judge Tanya Garrison may rule.

Have a tip for Ted Oberg? A problem to solve? Get in touch with us on our tip page, or send a tip below. (On mobile? You can open our form by tapping here.)
Report a correction or typo
Related topics:
politicshoustonhouston fire departmentted oberg investigateslayofffirefighterssalary
Copyright © 2022 KTRK-TV. All Rights Reserved.
TED OBERG INVESTIGATES
Harvey victim finally gets help 1,600 days after the storm
Report: 'Significant reform' needed to improve state foster system
Feds: Slow Harvey aid, left 'Houstonians without the help they needed'
More than 20K HISD students in classes without certified teacher
TOP STORIES
Suspect who shot 3 officers now in custody after standoff, HPD says
Man arrested in corporal's murder is 25-year fugitive, officials say
Deputies escort body of fallen HCSO Sgt. to funeral home
Another cold front passes through tonight
100 bags of fentanyl found in bedroom of 13-year-old who died from ...
Biden confirms he will nominate first Black woman to SCOTUS
Toddler credited with saving family of 7 from devastating house fire
Show More
K9 stabbing suspect accused of killing father with dumbbell
Amy Schneider's 'Jeopardy!' accomplishments reach past podium
Armed driver was trying to rob another driver on Katy Fwy, police say
These jobs are hiring, and they pay more than $14 an hour
No bond granted for suspect in Pct. 5 corporal ambush killing
More TOP STORIES News