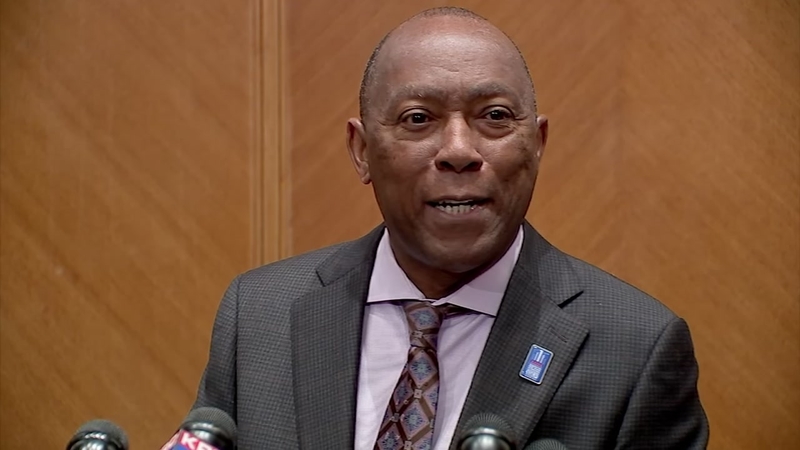 "At some point in time, the public is deserving of questions being posed to the union as to why did you bring it like this? Why did you not include a funding source, and are you okay with other employees being laid off or less senior firefighters being laid off, and why are you opposed to phasing this in?"

Despite layoff notices due to be sent to as many as 380 firefighters within weeks, there are no talks scheduled between the city and union. Presumably, the mayor could ask those questions of the union himself during such a session.

Wednesday afternoon, ABC13 posed the mayor's questions to the president of the firefighters' union, Marty Lancton:

Mayor Sylvester Turner: Why did you bring it like this? Why did you not include a funding source?
Firefighters' Union President Marty Lancton: Houston firefighters have already given the city over a million dollars worth of data, research, and analytics and the mayor discarded it. City funding is the responsibility of the mayor. Blaming firefighters for his refusal to fully open the city books is failed leadership. He says he is the CEO of the city. He needs to live up to his hype and responsibilities. No "funding mechanism" was necessary for hundreds of millions paid for 37% HPD raises since 2011.

Firefighters' Union President Marty Lancton: The mayor has threatened to lay off less senior firefighters. We have not seen an official list of possible job terminations.

Mayor Sylvester Turner: And why are you opposed to phasing this in?
Firefighters' Union President Marty Lancton: We are not opposed to a phase-in, but we're not accepting less than full implementation of Prop B. That is why Houston Firefighters submitted a proposal to implement Prop B over three years, saving the city $120 million.