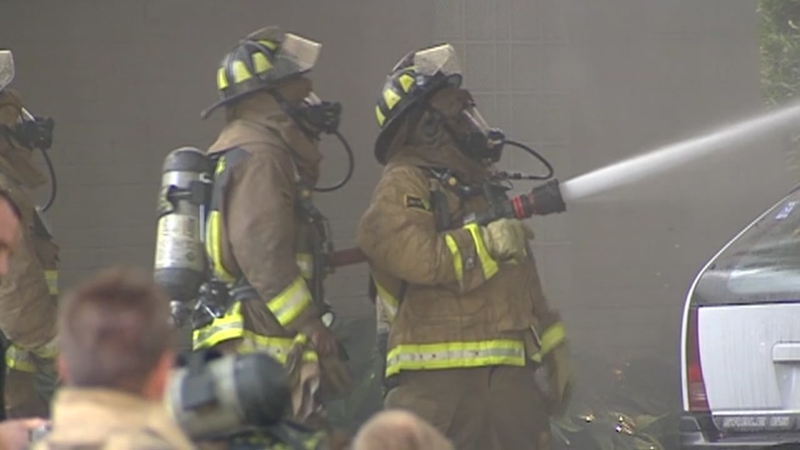 HOUSTON, Texas (KTRK) -- A judge denied a request from the Houston Police Officer's Union and the city of Houston to delay the implementation of a voter-approved pay parity initiative best known as Proposition B.

In his order, Harris County Judge Randy Wilson said that "The balance of equities weighs in favor of firefighters after the Houston voters decided they would rather have pay parity."

"The Pay Parity Amendment does not violate public policy, is not unconstitutionally vague, and can be addressed through the initiative process," Wilson wrote.

The judge denied the request for a temporary injunction that would stop work to put the charter amendment in place until a court challenge was decided. Wilson also dissolved a temporary restraining order.

"While the HPOU feels for the fire employees who may be laid off and the reduction of services to the public, we have done everything in our power to stop the catastrophic effects of Prop B," a statement from the HPOU said. "Fire union leaders have said the Mayor is only bluffing and layoffs are a scare tactic. We shall see."

"We wouldn't be more clear, we want to sit down and have a discussion about the implementation of Prop B," said HPFFA president Marty Lancton.

Lancton has said multiple times he is willing to negotiate a phased-in plan to help ease the shift to Prop B, but says Turner hasn't responded to his requests for a meeting.

Most of the arguments made by the city and police union to stop the charter amendment were flawed, Wilson's order said. A court wouldn't stand in the way of a voter-enacted measure unless the "provision is unreasonable and arbitrary, amount to a clear abuse of discretion" adding that even if there was a problem, most courts would find a way to allow a law and a charter amendment to both stand, if such a construction could be created.

Wilson acknowledged the warnings from city officials that a firefighter pay raise would be expensive, but "while this court is sensitive to the budget difficulties" voters had made their choice.

Late Tuesday, Turner issued a statement saying he will start the implementation of Prop B pending a final court decision, again promising that layoffs are coming.

Turner has said he believes the implementation date of Prop B to be January 1.

Houston voters approved the measure in early November with 59 percent voting in favor.

Prop B raises to Houston firefighters and officers remain on hold