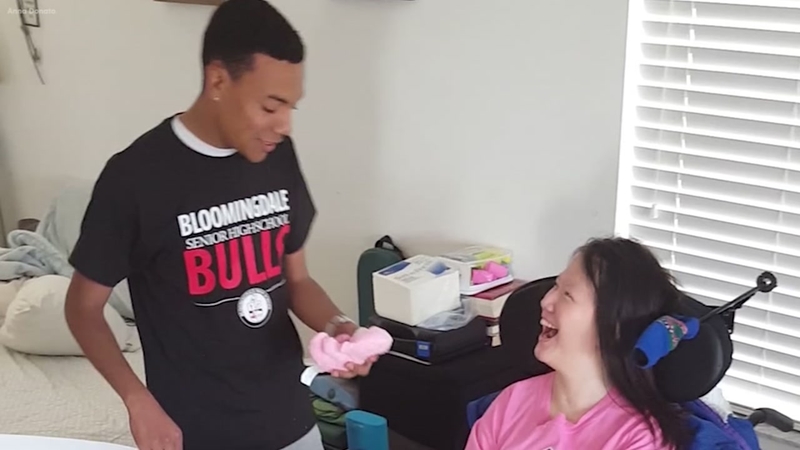 She said yes! Queena Phu, who survived a brutal attack that left her paralyzed, is going to prom.

In 2008, Phu was the victim of a brutal attack and sexual assault outside Bloomingdale Regional Public Library in Valrico, Florida. The attack left her paralyzed and unable to speak. Then a senior at East Bay High School, she was only a week away from her own prom at the time.

"She already had her prom dress bought and her hair and makeup appointments scheduled and a limo booked," her sister Anna Donato told ABC.

Nine years later, Queena received a "prom-posal" from her friend, Derrick Perez, who surprised her with a pink teddy bear and a sign that said "Prom would be un-bear-able without you."

"Queena has been grinning from ear to ear and beaming," Donato added.

The duo have already garnered some attention, including a donated ticket to prom from Bloomingdale High School, a seamstress who plans to alter the same dress Queena will wear as well as hair and makeup services.

Perez, who is a family friend, is making a film about Queena.