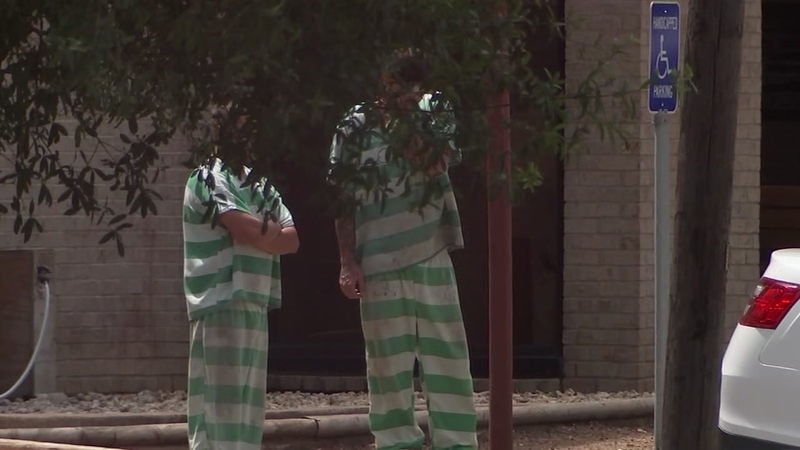 SAN JACINTO COUNTY (KTRK) -- A program that allows San Jacinto County inmates with a good record to leave the jail for supervised work in the community has been suspended.

The San Jacinto County Sheriff's Office (SJCSO) says the program was temporarily halted when they discovered the inmates, known as trusties, made arrangements for drug drops.

According to SJCSO, meth and cocaine were hidden in designated spots outside the jail where trusties at work could find them and get high.

On Wednesday, multiple law enforcement agencies raided what they say was the source of the drugs, a compound in the southwest part of the county.

Authorities believe they have connections to drug cartels in Mexico.

SJCSO estimates the inmate trusty program saves the county about $40,000 per inmate per year, but until the investigation into the alleged cartel drug house is complete, the trusties will not be permitted to pick up litter, paint, or provide any other services beyond the walls of the jail.

"It's a travesty to the title. They're trusties. If I can't trust them to go out and do that day's work without touching dope, they're not very trustworthy, are they?" said Operations Captain Joe M. Schultea Jr.

Steven Hughes lives in San Jacinto County. He wants to see the program back up and running as soon as possible.

"It's a very poor county so I don't know that the government has the money to be spending on things when they have an available population and manpower to do it essentially for free," said Hughes. "If people are getting drugs, stop them from getting drugs."

Capt. Schultea says individuals in various county departments are trained and certified to supervise the trusties.