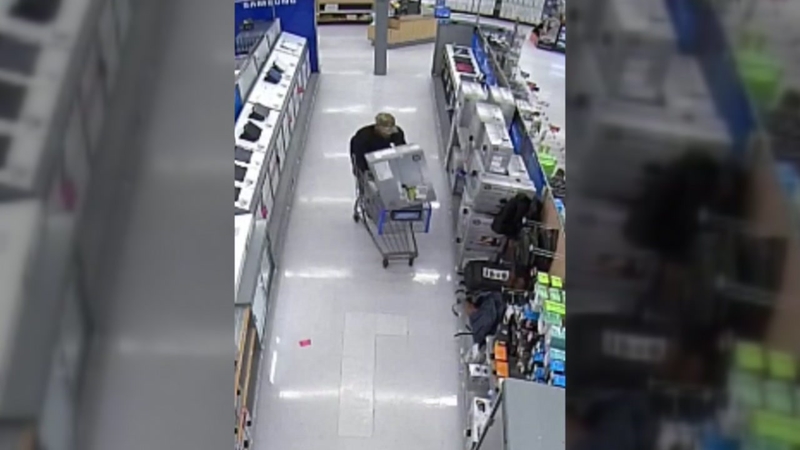 According to Houston police, the man entered the Walmart located on South Post Oak shortly before midnight on August 27.

The man placed five Cannon printers in a shopping cart in the store and then pushed open an emergency door, sounding the alarm.

An employee tried to intervene during the robbery and the man threatened to kill her if she came near him, police said. The man got away in a silver Infiniti SUV.

Crime Stoppers will pay a reward of up to $5,000 for information leading to the charging and/or arrest of the suspect in this case.