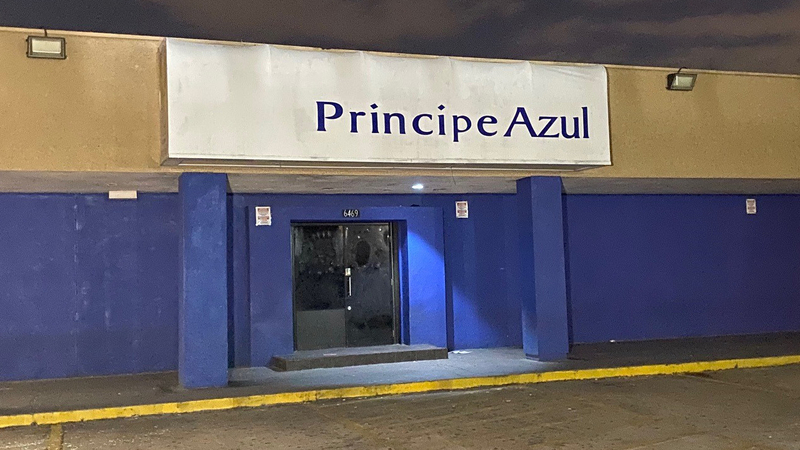 HOUSTON, Texas (KTRK) -- The owner of a southwest Houston nightclub is facing charges in a renewed effort by local authorities to crack down on bars and clubs they say are hotspots for crime.

Raul Gonzalez Silva, owner of Principe Azul Club, is charged with making a false statement on an alcoholic license, which is a felony.

Prosecutor Sean Teare of the Harris County District Attorney's Office says the club changed its license from a bar to a restaurant earlier this year. However, when inspectors went inside the club in October, they found 200 people and not a crumb of food.

Teare says the indictment of Silva is the first after the formation of the Alcohol Compliance and Enforcement Task Force (ACE). He points to the laundry list of criminal investigations that's stemmed from the club.

"In the last 12 months, we've had five aggravated robbery reports, a number of drug reports, a shooting that went unreported until days later inside the club," said Teare.

The Texas Alcoholic Beverage Commission (TABC) confirmed it is investigating the club for liquor license violations related to the shooting.

Silva has not yet been arrested as of Friday. A man at Principe Azul told ABC13 that he was only the cleaning person and did not know about any operations of the club.

"This is the beginning. We're not going to stop simply in the worst of the worst," said Teare. "We're going to go after them if they're not putting public safety above their own profit."