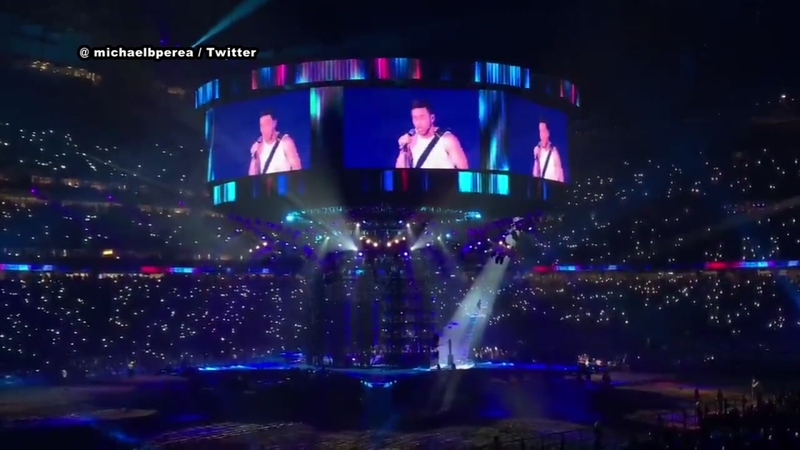 HOUSTON, Texas (KTRK) -- A day after Kacey Musgraves wowed RodeoHouston crowds with her cover of Selena's "Como La Flor," another rodeo performer came through with his own tribute to the Queen of Tejano.

On Tuesday night, Prince Royce belted out a rendition of Selena's "No Me Queda Mas," with fans helping to set the atmosphere by holding up their cell phones like candlelight.

Prince Royce's tribute was especially poignant for another reason. He paid homage to Selena on the 24th anniversary of her Houston Livestock Show and Rodeo concert in the Astrodome.

Suzette Quintanilla, Selena's sister, also had nothing but praise for Prince Royce on Instagram.

"Today is definitely a mark in history for one of the most Iconic concerts of SELENA Y LOS DINOS! Thank you @princeroyce for the celebrating the 24th Anniversary of our last concert," she wrote.

On Feb. 26, 1995, Selena broke attendance records at the Astrodome, with 64,831 fans attending her show, the @SelenaLaLeyenda page notes.

That's the same concert where Selena wore her iconic sparkling purple jumpsuit and dazzled with her signature dance moves, even performing a disco medley.

💃🏻
Baila, @SelenaLaLeyenda! On this day in 1995, Selena broke attendance records @ this iconic concert for the third consecutive year with 64,831 attendees. Here are some of Selena's signature dance moves!
💜
Relive this on iTunes. https://t.co/oYmC6dNvTt#SelenaLastConcert pic.twitter.com/65MfAAIghg

Suzette posted on Instagram that Musgraves made her want to shed a tear.

Wednesday, the rodeo stardom continues with Brooks and Dunn, who will take the RodeoHouston stage for the first time in nine years.

Watch the Texas native sing "Como La Flor," which is the same song Selena sang at her own iconic RODEOHOUSTON performance in 1995.