Teachers and parents wrestle with idea of guns at school 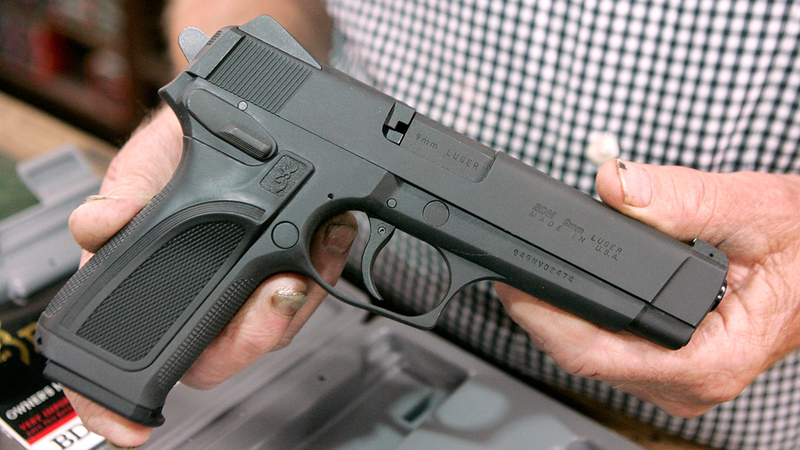 Teachers and parents wrestle with idea of guns at school

HOUSTON, Texas (KTRK) -- President Trump's proposal to arm teachers as a way to curb deadly violence at school is controversial, especially in Houston.

The idea is getting mixed reaction from parents and educators, who said more has to be done to protect students.

"I think we should have more guards, security guards around the classroom," Mary Ann Ruffin said.

The president's proposal comes on the heels of the deadly school shooting in Parkland, Florida.

In the wake the Parkland school shooting, do you think teachers should be able to carry guns on campus? https://t.co/5ZdDLT6udI

In Texas, there are districts that are arming its teachers for safety, including Harrold ISD, just northwest of Dallas.

"We're about 30 minutes from law enforcement," Harrold ISD Superintendent David Thweatt said. "So we had to take care of ourselves."

Eyewitness News spoke to Thweatt via Skype, who said the policy has been in place for the last 11 years.

Thweatt said teachers are required to get a concealed handgun permit, approval by the school board, and to take training to participate.

The superintendent hopes more school districts will be open to Trump's proposal.

"If you have people in classrooms, or all around the districts that could potentially be carrying a weapon, they're not coming to your place," Thweatt said.

"It is ludicrous," Dewey said. "There is no way it makes it safer to have all these guns on campus on a daily basis."

Dewey said instead of arming teachers, districts should invest more resources into training.

As a former teacher, Dewey said he has a hard time believing teachers could take down a suspect.

"I've got news for you," Dewey said. "If I saw a former student, and I have a weapon in my hand, I'm not sure I could ever shoot."

WHERE YOUR STUDENT'S DISTRICT STANDS
Curious if teachers might be carrying weapons at your student's school in the future? We spoke with a number of districts for their reaction to Trump's proposal.