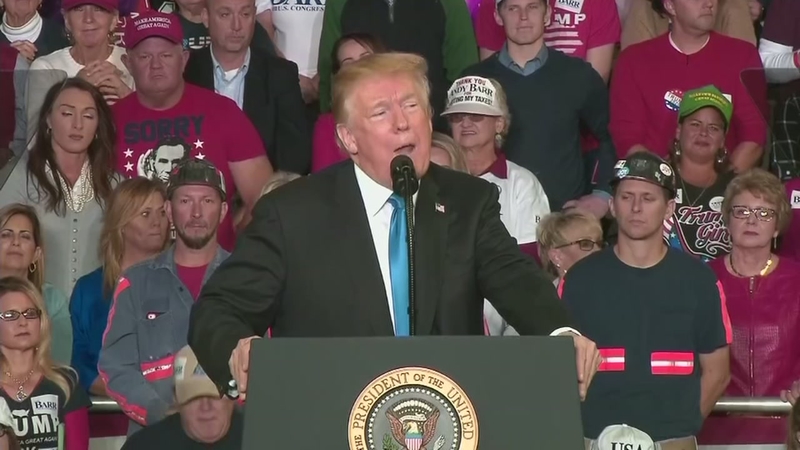 HOUSTON, Texas (KTRK) -- The "Making America Great Again" rally planned for today at the Toyota Center will come with a tailgate.

President Trump's campaign announced plans for the tailgate to complement the main rally inside in response to receiving more than 100,000 requests for tickets to the event online.

SEE MORE: Be aware of road closures in downtown Houston for MAGA rally

The campaign said the tailgate will take place in the afternoon leading up to the rally that's starting at 6:30 p.m. Live music, food trucks and appearances by campaign spokespeople are planned. In addition, people will be able to view the president's speech on big screens outside.

It's not known exactly where around the Toyota Center the tailgate will take place.

Ticket requests were being taken at the Trump campaign website.