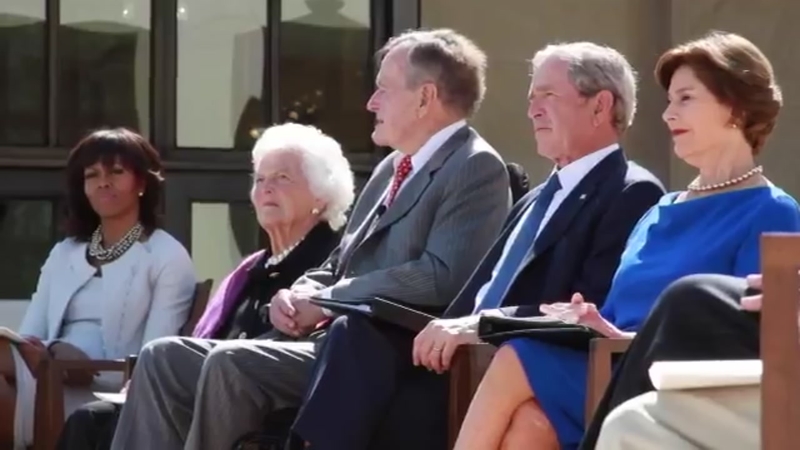 Bush's spokesman, Jim McGrath, shared the video on Twitter from "All the Best," a collection of letters and writings from the president.

Doro Bush Koch, the president's daughter, reads what Bush dictated to his diary about his funeral agenda.

Bush starts the video off by saying the minute he became president he was pestered into writing his funeral arrangements. He says he wrote the diary entry on June 10, 1991, to be added to his funeral file.

In the video, Bush shares his short and sweet plans for a funeral service. He requested that the song "Last Full Measure of Devotion," be sung by a good male soloist at any church memorial service.

His wished for his gravestone to be plain with his Navy number engraved in the back, and he also requested for "He loved Barbara very much" to be added to the stone.

Since the president's death on Friday, a series of diaries have been shared, allowing the public more access to a man who was known for dedicating his life to service.

Bush was laid to rest Thursday in College Station, alongside wife Barbara and daughter Robin.