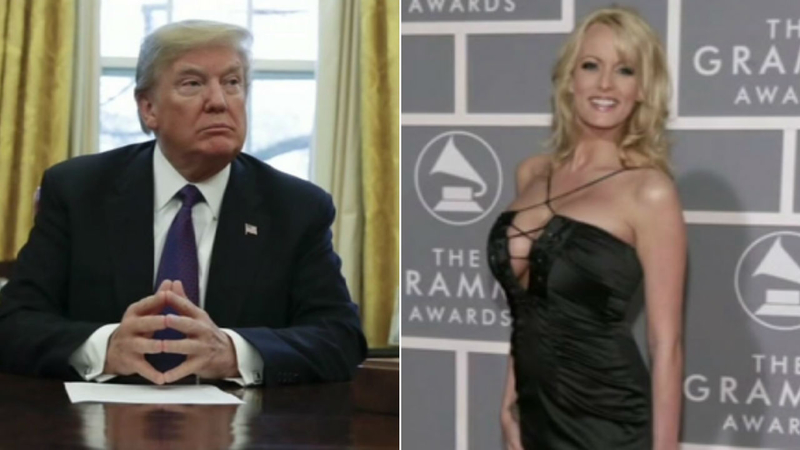 WASHINGTON, D.C. -- President Donald Trump lashed out at adult-film star Stormy Daniels and her attorney Tuesday morning, vowing to "go after" the pair, who he referred to as "Horseface and her 3rd rate lawyer."

The tweet from Trump comes a day after a federal judge in California handed the president a rare victory in his ongoing legal battles with Daniels.

“Federal Judge throws out Stormy Danials lawsuit versus Trump. Trump is entitled to full legal fees.” @FoxNews Great, now I can go after Horseface and her 3rd rate lawyer in the Great State of Texas. She will confirm the letter she signed! She knows nothing about me, a total con!

Daniels' lawyer Michael Avenatti, who has been teasing a possible run for president against Trump in 2020, wasted little time in responding in kind to the insults, calling Trump a "disgusting misogynist and an embarrassment to the United States."

"Bring everything you have," Avenatti crowed, "because we are going to demonstrate to the world what a complete shyster and liar you are."

This is rich on so many levels. If Michael Cohen, who recently pled to 8 felonies and was Trump's lawyer for 10+ yrs, is a "first rate lawyer" and @maggieNYT, who won a Pulitzer, is a "third rate reporter," I am ecstatic I was placed in the "third rate" category. #Basta pic.twitter.com/OgSzgP9kTE

Also firing back on her (usually) not-safe-for-work Twitter feed, Daniels wrote, "Ladies and Gentlemen, may I present your president."