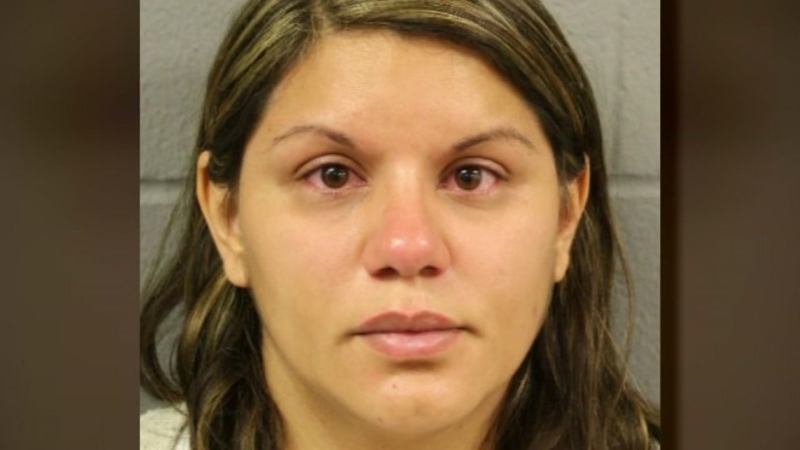 KATY, Texas (KTRK) -- A pregnant Katy woman is accused of selling fake car insurance to at least nine people, but investigators believe the number of victims may actually be in the hundreds.

Jennifer Marie Velasquez, 34, a.k.a. Jennifer Gamez, is out on bond on charges of aggregate theft, unauthorized business of insurance and selling fictitious motor vehicle insurance cards.

They say her scheme started while she worked for a legitimate insurance agency in southwest Houston and continued even after they caught her. She ended up surrendering her state insurance license.

Sources tell Eyewitness News that Velasquez has as many as 150 complaints against her, and many victims didn't find out about the fraud until they needed to file a claim. Velasquez allegedly approached some victims cold and targeted certain people.

"Investigators believe she is primarily targeting Spanish-speaking individuals who may or may not be undocumented residents. She appears to have thought she would not be caught as they might not come forward," said Jason Horn, a special assistant district attorney and fraud prosecutor with the Texas Department of Insurance.

One victim told Eyewitness News he is grateful nothing happened in the year and a half he was actually uninsured, despite giving money to Velasquez.

Horn says Velasquez may have been selling bogus insurance since mid-2016. Anyone who purchased insurance from Velasquez from then until the present is asked to call the Texas Department of Insurance fraud hotline at 1-800-252-3439.

Horn says a Spanish speaker is available and investigators are not interested in immigration status.

"We want to see her brought to justice," he added.

In court Monday, Velasquez's court-appointed attorney argued successfully for a lower bond, citing her pregnancy and that she has lived with her parents at their Katy home for the last 12 years.

The woman who answered the door at that address Tuesday night told Eyewitness News, "She don't live here."